With the ravages and power outages of hurricanes Irene and Sandy seared in recent memory, soon, a public school, a small private grocery store and a gas station in Hartford, Conn., will be linked by a microgrid designed to keep the electricity flowing in those buildings when the next major storm hits.

Hartford city officials consider the school, store, gas station and connected senior center and library critical services that need to be fully operational the next time the grid fails. Hurricanes — their destructive force fueled in part because of climate change — and major storms hitting the Northeast in recent years have forced cities and states to re-think how to make their electric power delivery systems less vulnerable, and microgrids are a major part of that. 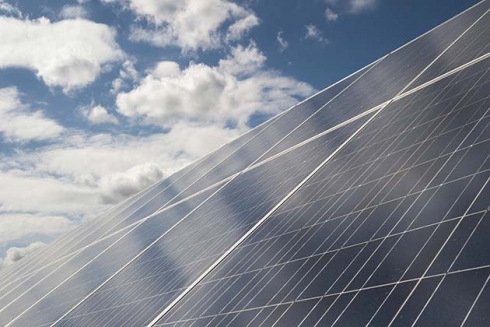 In Connecticut, officials announced in August that $18 million would be used to fund nine microgrid projects using natural gas, fuel cells, renewables and other power sources.
Credit: University of Connecticut

While the efforts of cities like New York are tangled in regulatory nightmares, the state of Connecticut is trying to forge ahead despite the legal uncertainties.

One of the state’s proposed microgrids will do something unusual: connect public and private buildings with power lines across a public right-of-way, using electricity generated by a soon-to-be-built natural gas generator near the school.

Cities such as Hartford are turning to microgrids not only as a way to ensure that vital services remain available to the public, but also to make their electricity more energy efficient, reducing their contributions to climate change-causing greenhouse gas emissions from power plants.

But the push to build microgrids is so new that laws and rules governing the sale and transmission of power have yet to fully catch up. That’s true in Connecticut, where state regulations are unclear and new laws enabling microgrids have yet to be tested in court.

“In nearly every state, the legal and regulatory challenges to implementing microgrids are by far the biggest hurdle,” Sara C. Bronin, professor of law and program director for the Center for Energy and Environmental Law at the University of Connecticut, said.

“The technology is there. We have nationally recognized interconnection standards that would allow microgrids to be connected to the electric grids. What we don’t have is a legal framework for private or public-private microgrid owners and operators who are not public utilities to create microgrids without having to go through years of legal and regulatory hurdles.”

The Hartford project is part of the first statewide microgrid program in the nation, written into Connecticut law in 2012 after Irene ravaged the state. By the time Sandy devastated the New York area and knocked out power to more than 8 million, Connecticut had already changed state law to create its microgrid program aiming not only to make its power delivery system less likely to fail in a hurricane, but also reduce greenhouse gas emissions from coal and natural gas power plants.

Microgrids are particularly well suited for reducing emissions because they allow local renewable energy sources to power connected buildings and are an opportunity for those buildings to reduce or eliminate their reliance on coal-fired power plants. In Connecticut, officials announced in August that $18 million would be used to fund nine such microgrid projects using natural gas, fuel cells, renewables and other power sources. 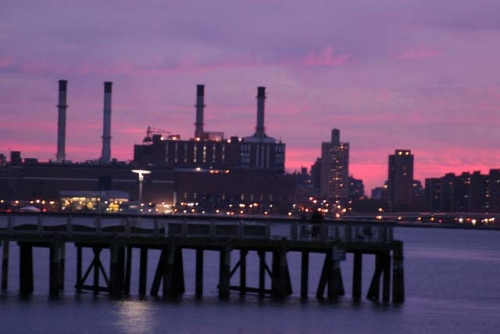 New York City wants in on the microgrid game, too, but there’s a catch: a complicated thicket of rules and regulations.
Credit: Anthony Catalono/flickr

New York City wants in on the microgrid game, too, but there’s a catch: a complicated thicket of rules and regulations, a problem outlined in New York City’s post-Sandy climate resilience plan, released in June.

In short, New York City is a labyrinth of confusing regulations where a single power company — Con Edison — has domain over most of the city’s power grid.

Different rules apply depending on how a microgrid operates and state law isn’t clear about the legal status of microgrids, according to a 2010 New York State Energy Research and Development Authority (NYSERDA) study of microgrid opportunities and barriers in the state.

In addition, the New York State Public Service Commission regulates all electric plants, and some microgrids and their operators may not be recognized as legal entities under state law, the study said. There are no specific rules governing microgrids — they are currently regulated by ad hoc Public Service Commission rulings, and it is unclear how they will be regulated in the future.

If a developer is looking to secure capital and generate interest from a customer, transaction and compliance costs must be accounted for, Morris said. If running a wire across a street subjects the developer to the same regulations Con Edison is required to comply with, the costs could be too high to secure financing.

University campuses, where many microgrids already exist, are ideal for such projects because a university may have full control over its own power grid, said Roger N. Anderson, research scientist at Columbia University’s Lamont-Doherty Earth Observatory and an expert on the city’s power grid as a consultant for the utility, Con Edison.

“A neighborhood on the Upper East Side of Manhattan could not possibly do a microgrid, for example, because each property is owned by somebody different,” Anderson said. 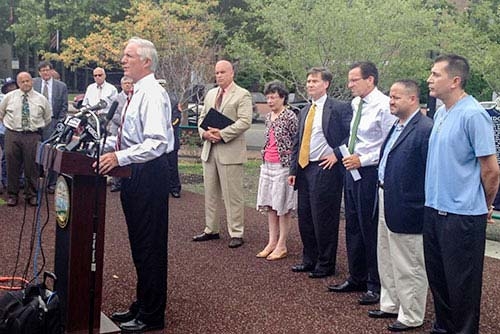 Developers wishing to create a microgrid across a public street may have to gain local city and state approval, but which regulations apply aren’t always clear, according to the NYSERDA study.

In Connecticut, a law passed this year legalizing microgrids that distribute electricity across public streets as long as the power source generates no more than 5 megawatts of electricity.

But numerous questions about the implementation remain, Bronin said.

“What kind of land use rules do we need to site the infrastructure that’s required for microgrids?” she said. “This physical infrastructure has to be located near the properties being served, but a lot of time, zoning ordinances prevent large-scale mechanical equipment from being situated in the dense urban areas that microgrids aim to serve.”

And then, there is the question of the legal status of businesses created to implement a microgrid.

“If neighbors wanted to get together to do a microgrid project, what business form would they take when they get together?” Bronin said. “Connecticut, along with nearly every other state, needs to enact legislation that allows private parties to organize into specialized entities that will allow them to own and operate microgrids.”

New York State is taking some steps to make microgrids less legally problematic. Gov. Andrew Cuomo created the NYS 2100 Commission to look for ways to make the state’s infrastructure less vulnerable to severe weather. In its preliminary report, issued earlier this year, the commission included microgrids as part of its vision for the state’s future power infrastructure, but said state law needs to be updated to encourage their development.

“Currently, the PSC’s (Public Service Commission) is examining many issues regarding microgrids, including what rules and regulations should apply,” said New York Department of Public Service spokeswoman Pamela Carter.

Even though Connecticut seems to be a step ahead of New York, numerous questions remain, including how the laws enabling microgrids would stand up to a court challenge, Bronin said.

“I'm optimistic about Connecticut,” she said. “We've laid the groundwork here already for publicly owned and operated microgrids.  Our next step is to lift legal and regulatory challenges to allow for the development of private and public-private microgrids as well.”

Related Content
Microgrids: Sandy Forced Cities to Rethink Power Supply
Filling in Some Blanks to 'All of the Above' Energy Strategy
Blackouts Illuminate Bright Side of Rooftop Solar