Moving with a diplomatic haste rivaling the rapid recent rise in global temperatures, the European Union on Wednesday joined dozens of countries in signing onto a United Nations climate treaty, pushing it to within a month of taking legal force.

Following the filing of paperwork in recent weeks by 73 countries, collectively responsible for 57 percent of annual climate emissions, a key threshold for the Paris agreement was passed Wednesday. The U.N. said the treaty will take effect Nov. 4. 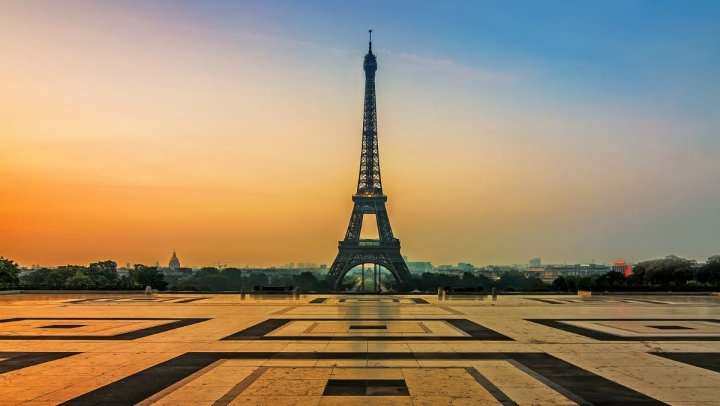 “This gives us the best possible shot to save the one planet we’ve got,” President Obama said in a televised address Wednesday. “If we follow through on the commitments that this Paris agreement embodies, history may well judge it as a turning point for our planet.”

The agreement was finalized less than a year ago, following five years of contentious efforts to push global climate policy in an untested direction following the collapse of UN negotiations in Copenhagen in 2009.

“None of us who have been close to this process ever anticipated that this agreement would become official so quickly,” said Heather Coleman, climate change policy manager at the nonprofit Oxfam America. “What it shows is that world leaders understand the urgency of the problem.”

The rapid ratification of the agreement suggests nations may finally be nearly united in being eager to tackle an existential threat that has been building since the dawn of the Industrial Age. The voluntary nature of the pact, however, offers few assurances that it will succeed.

Even if all countries live up to their pledges under the agreement to tackle rising levels of greenhouse gas pollution, projections show warming will fail to be kept to well below 2°C (3.6°F) compared with preindustrial times — which is a key goal of the pact. Future work to tighten pledges will be key to the treaty’s success.

Recent years have seen China, the U.S. and India reverse decades of resistance to joining Europe in its fight against global warming. The reversals have come amid plummeting clean energy prices and rising global temperatures. They helped assure leaders of smaller countries that their own efforts to tackle warming would not be futile.

A warming spurt followed a lull in surface warming from 2001 until 2014, and 2016 is set to be the hottest on record globally, beating records set each of the two prior years. Earth’s surface is more than 1°C (1.8°F) warmer than it was in the early 18th century, worsening storms, droughts and heat waves and causing seas to rise.

Wednesday’s announcement by the U.N. means countries that have signed onto the pact will have more power than others over decision making during global climate talks in Marrakesh next month.

It also means the pact will become the law of the land in the U.S. before Donald Trump, a Republican who has called climate change a “hoax,” could become president. If he wins in November, Trump would have plenty of options for backing America out of the agreement, but now it would be more difficult for him to do so.

“There is virtually unanimous international sentiment that it’s important for the agreement to come into force before inauguration day, in case Trump is elected,” said Harvard professor Robert Stavins, director of the Harvard Project on Climate Agreements.

The Paris agreement compels national governments to be transparent about their greenhouse gas emissions and it invites them to work ambitiously to reduce them. It formally covers a period beginning in 2020, but many of the efforts outlined in the agreement have already begun.

Unlike the last global climate treaty, the Kyoto protocol, which failed to meaningfully slow climate change after it was finalized in the 1990s, the new agreement emphasizes voluntary efforts by all countries to tackle global warming — not just rich ones. 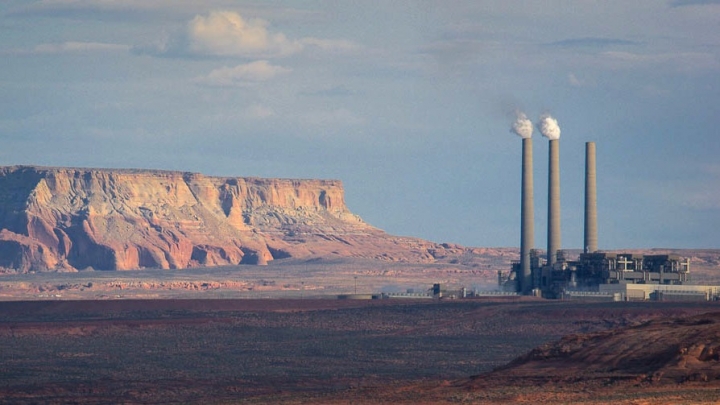 Reducing reliance on coal energy is a high priority for many countries under the Paris agreement.
Credit: Photo Kent/flickr

The U.S. never signed on to the Kyoto protocol. Canada backed out after an oil boom made it impossible for it to comply by pushing up its pollution rates. Developing countries were not affected by its mandated greenhouse gas pollution reductions.

“There’s much more and much broader enthusiasm for the Paris agreement than there was for the Kyoto protocol,” Stavins said. “The Paris agreement is practical and meaningful — rather than aspirational and symbolic.”

Unlike the Kyoto protocol, the Paris agreement threatens no penalties against countries that fail to reach their targets for reducing or slowing their impacts on the climate. The new approach is based on the idea that governments will set more ambitious targets for slowing climate change if they don’t fear being penalized for failure.

The U.S. pledged under the Paris agreement to reduce its greenhouse gas emissions by a little more than a quarter by 2025, compared with 2005. Rules and plans put in place by the Obama Administration to slow global warming fall well short of the measures needed to keep that promise, meaning the next president would need to introduce new rules or tighten existing ones.

The European Union pledged a 40 percent reduction by 2030, compared with 1990. China pledged its annual emissions would stop rising after 2030 — though it appears to have already lived up to that promise. Other countries set their own targets, such as slowing deforestation and installing solar farms.

Under the agreement, rich countries pledged $100 billion a year to help poorer ones grow their economies using clean energy. With countries like India relying heavily on polluting power sources as they rapidly grow their economies, fears that the West could fail to deliver on its promises of assistance could doom hopes for the treaty’s success.

“Finance and technology are the two things that we’re really desperately looking for,” said Aditya Pundir, manager of the Indian branch of the nonprofit Climate Reality Project. “The biggest help the country can get today is if we can get the right amount of finance.”