This Is How Surfers Are Helping Fund Climate Science

Surfing is synonymous with riding waves all day, jamming to Jack Johnson, chilling around a beach bonfire by night and sleeping in a VW van before doing it all over again.

But there’s another idea that should also come to mind when imagining the idealized life of a surfer dude or dudette: science. 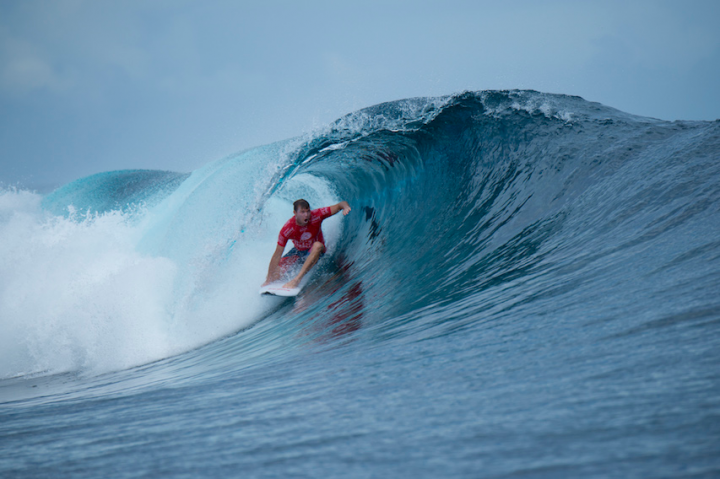 In particular, research on ocean health because, you know, their sport literally depends on it (so does the rest of humanity, but that’s a whole separate conversation for another time).

That’s why the World Surf League (WSL), the governing body of professional surfers akin to Major League Baseball, is putting its money where its sport is. It’s entered into a unique partnership with Columbia University’s Center for Climate and Life to dive into new oceans-focused research projects. But the plan doesn’t stop there, and the goal is to eventually put new knowledge in the hands of surfers and ocean advocates around the globe.

“With oceans being our playing field, our home and our office, it was really easy to come up with that idea,” Paul Speaker, CEO of WSL, said.

Rather than funding a celebrity beach cleanup or following the same philanthropy script most corporations have followed for years, Speaker said the WSL wanted to fund research that could help influence ocean policy and how the WSL operates as well as educate it’s fanbase.

The endeavor — dubbed WSL PURE — was kickstarted with initial investment that’s small by science standards. Roughly $1.5 million is being used to fund five projects looking at ocean health, acidification, coral reef health and sea level rise. But the research, selected by science advisors at the Center for Climate and Life, is targeted to look at some of the more pressing issues in ocean science right now.

Take coral reefs, which are important ecosystems and also home to some of the best surf breaks. The world is in the middle of the third global coral bleaching event ever recorded. Scientists have been scrambling to understand what’s happening and gather data. But the federal funding process for research can be slow to come through. There’s also an ever growing pool of scientists while research dollars have stayed mostly flat meaning competition is tight and funding turnarounds are slow. 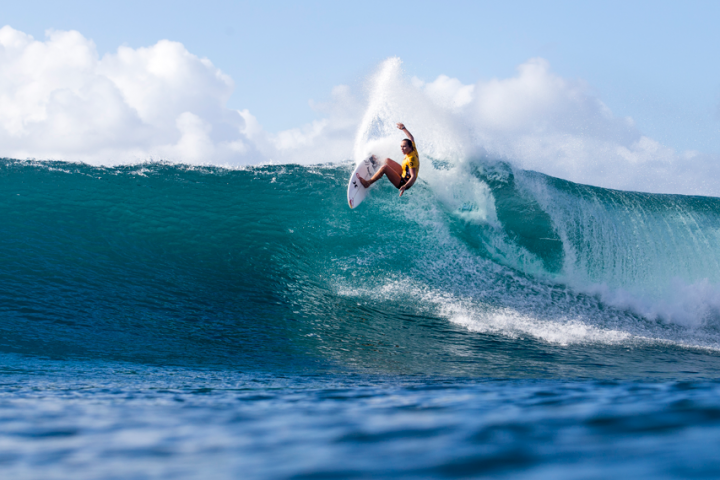 “(This) gives us the freedom to go after really urgent problems,” Peter deMenocal, head of the Center for Climate and Life, said. “Right now the earth and oceans are changing faster than our ability to keep pace.”

Keeping pace with those changes is crucial for understanding where we are and where we’re going. And the impacts don’t necessarily happen on federal grant cycles. DeMenocal said this type of funding from WSL is crucial for scientists to have the “nimbleness to go after pressing problems now.”

The partnership also means that the findings can reach a much broader group than the usual suspects who read academic journals or venerable science journalism publications. The Center for Climate and Life has plans to offer online courses through Columbia while WSL plans to leverage its millions of followers on social media to spread the findings as well.

“Instead of having a bunch of pinhead scientists talking about their research, you have a community of people who say ‘I get it,’ ” deMenocal said.

Corporate Funding Comes With Pitfalls (But They Can Be Cleared)

Of course, for many people, corporations funding science can elicit somewhat of a gag reflex. Tobacco companies funding research into the link between smoking and cancer or more recently, the NFL dabbling in concussion research, has raised plenty of questions about how much sway funders can have on the research their paying for.

But corporate-research partnerships that have been fruitful have been around for decades. While this type of private funding model is fairly new in climate science, it’s been happening for decades in other scientific fields.

“It’s a big deal in areas like medicine, energy and agriculture,” Roger Pielke Jr., a science and innovation expert at the University of Colorado, said. “There has been close relationships with business.”

To avoid the pitfalls scientists working with tobacco and the NFL have stepped into, Pielke Jr. said one of the keys will be transparency, disclosure and noting any conflicts of interest.

“It’s an interesting story and we’ll be seeing more of that kind of thing going forward,” he said.

DeMenocal said WSL has had a completely hands-off approach to choosing projects.

“The big thing is this objective research hub,” Speaker said. “(We’re) not asking corporate partners what kind of research they would like to underwrite, but instead say this is the offering scientists say is a necessity. (We’re) not changing the research, not changing the protocol, we’re just underwriting the projects researchers have demanded and desired to create.”

Another potential issue is how actionable the results are.

“Are surfers savvy about the types of research they invest in?” Daniel Sarewitz, a science policy expert at Arizona State, said. “Is this the type of science being done and the sort of knowledge that can actually be translated to protect oceans? I don’t know, but it’s not the kind of thing that’s automatically going to happen.”

Ultimately, Speaker said he hopes that science and advocacy around it becomes as big a part of the surfing as waxing boards and hanging on the beach.