From Katrina, an ‘Amazing’ Decade of Climate Research

During the summer of 2005, Columbia University climate scientists Adam Sobel and Suzana Camargo were planning a workshop on a topic to which only a handful of scientists had given much thought: how the warming climate might alter hurricane activity.

“It seemed to us sort of like a small, sort of obscure field,” Sobel said, so the pair didn’t expect a large showing. But then Hurricane Katrina hit New Orleans on Aug. 29, 2005, helping to galvanize scientific interest in the subject. By the time their workshop was held in March 2006, they had five times the expected turnout, Camargo said, amid a surge in research that changed the direction of some careers.

“You could see the impact of Katrina on everyone’s thinking,” Sobel said.

Katrina, along with two blockbuster studies that bookended the disaster, marked the beginning of a decade of rapid growth in a once tiny subfield that has since become one of the most visible in climate science.

Hurricane Katrina as it spun up over warm Gulf of Mexico waters in August 2005.
Credit: NASA

“It’s been exciting ever since then,” Sobel said. While there have been growing pains and sometimes heated disagreements, researchers have made considerable advancements in their understanding of how climate and hurricanes interact in the decade since Katrina, and have reached a general consensus on what the future might bring.

There are still plenty of unanswered questions, of course, which researchers hope to chip away at by the time the 20th anniversary of Katrina rolls around.

“There’s been an amazing rate of progress in the last 10 years. I think the next 10 years will be greater,” Gabriel Vecchi, a climate scientist with the National Oceanic and Atmospheric Administration’s Geophysical Fluid Dynamics Laboratory, said.

Kerry Emanuel, an atmospheric scientist at MIT, was one of the few scientists who had looked at the question of how hurricane activity might change in a warming climate prior to Katrina. In a 1987 paper, he suggested that warming would lead to more intense, and therefore more potentially destructive, hurricanes (still one of the basic precepts of hurricane-climate research).

In early August 2005, just weeks before Katrina, Emanuel, who had been working on other issues, came back to this idea, with a paper in the journal Nature that took his earlier work a step further. It suggested that not only would warming lead to more intense and destructive hurricanes in the future, but that this was already happening, helped along by some natural climate variations. When Katrina struck later that month, interest in his study surged and Emanuel found himself pulled into the cacophonous media coverage.

A separate study by another group followed in mid-September, adding fuel to the fire. This study, in the journal Science, came to a similar conclusion as Emanuel: That of the hurricanes happening in the global oceans, more were becoming Category 4 and 5 storms than was the case three decades earlier.

The two high-profile studies, whose conclusions seemed to be so viscerally demonstrated by Katrina, propelled the issue of warming and hurricanes into the public, and scientific, eye, virtually overnight. But they also created some backlash from other scientists, like NOAA hurricane researcher Chris Landsea, who criticized the papers for relying on a flawed hurricane record.

“And I think that just made the whole field explode,” Camargo said. “They started huge debates.”

Arguments ensued in the scientific literature and at meetings in what might be thought of as the growing pains of an emerging field that combined two disciplines, weather and climate, that had effectively been speaking different languages.

“Scientifically it was a tumultuous time,” Vecchi said, but it spurred “a really strong and vibrant effort” to focus on the topic, drawing in many scientists, including some who hadn’t previously thought much about the subject, like Vecchi himself.

Ten years later, the differences of those early years have largely been hammered out and considerable progress has been made in understanding hurricanes and how they relate to the larger climate.

There is “a lot that has been really learned since then,” Landsea said.

Hurricanes feed off of warm ocean waters, which provide them with the water vapor that fuels the heat engine at their core. So when scientists first started thinking about how such storms might be affected by a changing climate, they reasoned that because the excess heat trapped by greenhouse gases was warming the oceans, that would lead to more, and more intense, storms. 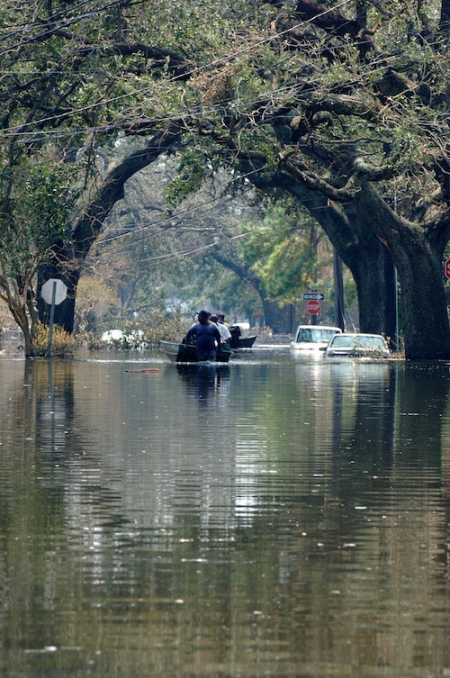 But what researchers discovered as they delved into the subject was that the issue was significantly more complex than that. Many other factors that can affect whether a hurricane forms and how strong it becomes — such as atmospheric moisture and winds — can also be influenced by the changing climate.

“We can’t just simply say that the oceans are getting warmer and therefore this is what tropical cyclones will do,” Jim Kossin, an atmospheric scientist with NOAA, said.

Overall, it is thought that warming will indeed lead to a shift to more intense hurricanes over the course of the 21st century, by anywhere from a few percent to 10 percent, but that overall global hurricane numbers might drop, though by how much is uncertain.

Two of the most robust projections for future hurricanes are that storm surge will be worse, thanks to rising global sea levels, even if hurricanes themselves don’t change, and that storms will bring heavier rains thanks to increased moisture in the atmosphere.

Leaps in climate model resolution and computer power have helped lead to some of these conclusions, allowing scientists to probe how different hurricane ingredients and patterns of warming seem to affect future storms.

They have learned, for example, that how some ocean areas warm relative to others might make a difference in how hurricane activity changes there, Vecchi said.

Researchers also have a better grasp of the proverbial “known unknowns” — the pieces they know are missing from the puzzle that hamper the conclusions they can draw. For example, globally there are around 90 tropical cyclones (the generic name for hurricanes) every year, but scientists have no idea why and what governs the overall global frequency of storms.

Another hindrance is the relatively short period of hurricane records and their imperfect nature. Satellites have only been monitoring global activity since the 1970s, and even then they can only estimate a hurricane’s intensity, so our records of the past are limited in what they can tell us about the potential future, and work over the last decade has clarified some of these limits.

But overall, “there’s more and more consensus,” that there will be a change in hurricane activity globally, but that it won’t become discernable until the end of the century, Camargo said.

That increasing consensus doesn’t mean that scientists have all the answers on what changes we might see in hurricane activity as the climate continues to warm.

There is still room for a breakthrough in our basic theoretical understanding of hurricanes, Sobel said, such as why hurricane numbers seem to be capped globally. “As long as we don’t have that, I think it’s a big hole in what we can say,” he said. 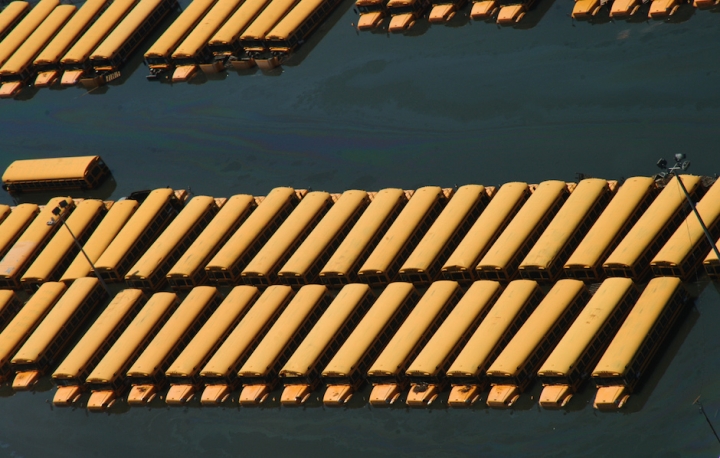 And then there are what Camargo calls the “next level of questions.” For example, what role another human-caused factor, aerosol pollution, might play in influencing hurricane activity. Some posit that it could be behind the dip in Atlantic hurricane activity in the 1970s and 1980s (with the subsequent rise the result of pollution controls), but others argue it’s natural variability. Vecchi expects more clarity on this issue by the time another decade has passed.

Some findings over the next 10 years could be a surprise, as was a recent finding that suggested hurricane tracks were shifting slightly poleward.

“Sometimes we don’t even know the question until the answer shows up,” Kossin, who conducted that research, said. “None of us really expected that, it’s just something that we found.”

But there are some questions that scientists “maybe won’t be able to have [an] answer” for, Camargo said, such as how the threat to a particular city like Miami might change.

The imperfect hurricane record is likely to remain that way for some decades, limiting what can be gleaned from it, and making computer models even more important, Sobel said. In particular, it is important to know what the models can and can’t do well. Researchers do expect continued improvements in models and computer power.

“In the hurricane business that matters more than anything else,” Sobel said.

Whatever the decade leading to the 20th anniversary of Katrina brings, “I would guess that the next 10 years will be just as exciting as the last 10 years,” Emanuel said.

And in the meantime, “the things that we know are sort of enough now” that even with the questions that remain, we still have a fair idea of what the future will bring, Sobel said. And all of the things that researchers do know about what to expect from hurricanes down the road, he added, “don’t make us feel good.”