Something strange pervaded low-level United Nations climate negotiations this week in Switzerland: Smiles. Throughout the week, many rejoiced in a novel all-inclusive approach taken by the newly elected chairmen guiding the negotiations.

By the end of the six days of meetings, though, the dawdling and protracted nature of the talks had turned a number of those smiles upside down. That’s because the all-inclusive new draft agreement they produced was horribly bloated. That will make the task of finalizing it, which the negotiators plan to do during high-level climate negotiations in Paris in December, more difficult. 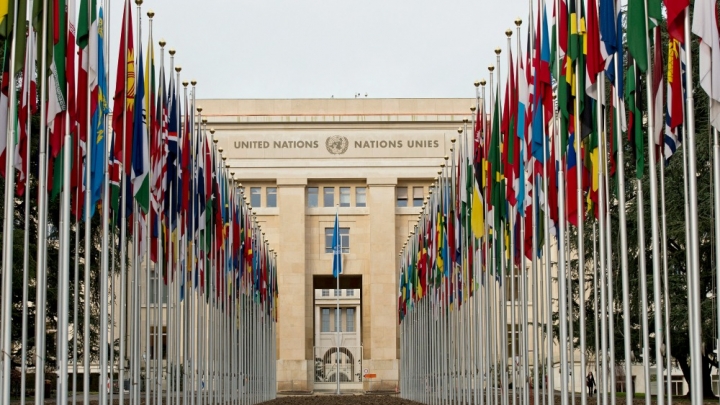 The low-level round of climate talks was held in Palais des Nations, Geneva.
Credit: United Nations/Flickr

The last round of big-ticket annual climate negotiations, held two months ago in Lima, ran a day and a half past schedule, and it eventually produced a four-page accord that was crafted to help form the basis of the planned Paris agreement. The document, however, was short on actual accord. It delayed virtually all important decisions until later meetings, and required countries to do very little when it comes to taking climate action — other than to vaguely describe how they will outline, later this year, the steps they plan to take to protect the climate beyond 2020 under the Paris agreement.

A compendium of disagreements that couldn’t be resolved in Lima, by contrast, was 37 pages long. That document was stuffed with different options for resolving the prickliest issues that delegates hope to have worked through before the Paris meetings end near the end of 2015. Main areas of disagreement relate to financial issues, questions about legal force, and how responsibilities for taking climate action will vary between rich and poor countries.

The main purpose of this week’s meetings in Geneva was to refine the options in that document, and to do so well ahead of the Paris meetings.

The 37-page text ballooned into one that is now 86 pages long.

The new chairmen, Daniel Reifsnyder, an American, and Ahmed Djoghalf, an Algerian, aimed to defuse long-running tensions between representatives of developed and developing countries. Developed countries have long enjoyed outsized influence over how climate negotiations' texts like these are drafted, while developing countries tend to influence the talks by vetoing draft texts that they say ignore their concerns.

The chairmen invited the European Union and the nearly 200 countries to the negotiations to add whatever they wanted, more or less, to the negotiating text, with the goal of whittling it back down again later. Not surprisingly, it was a free-for-all.

Are The Negotiators Taking This Seriously? 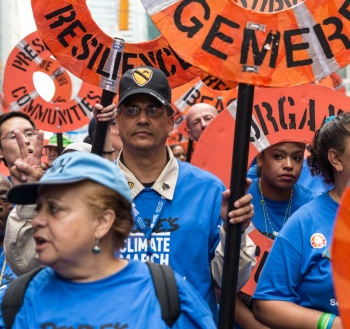 Last year’s people’s climate marches in New York and elsewhere were a harbinger of a renewed interest by the world’s media in climate change and climate negotiations. The negotiators appear to be aware that the spotlight is brightening around their work.

“There has been a sea-change in the dynamics here,” Julie-Anne Richards, an international policy official with the Climate Justice Program, which is group of lawyers, academics and campaigners based in Australia, told reporters on Friday. “That’s partly due to the open and consultative approach that the chairs have run. But, also, countries came here willing to work.”

Environmental Defense Fund climate strategist Alex Hanafi said it was clear in Geneva that there’s “growing attention” on lower-profile climate negotiations such as these — and “growing expectations” for them to deliver results.

What’s In The Draft Text?

It’s a dog’s breakfast of ideas for new climate goals, ideas for collaborating to adapt to a warming world, and proposals for how countries that got rich burning fossil fuels can help developing countries do so using cleaner forms of energy.

What’s Good About The Negotiating Text?

“The Lima Draft has now been transformed into the negotiating text and enjoys the full ownership of all countries,” Christiana Figueres, Executive Secretary of the U.N. Framework on Climate Change, said in an upbeat statement. “The text was constructed in full transparency. This means that although it has become longer, countries are now fully aware of each other’s positions.”

What’s Bad About It?

“The Paris Treaty threatens to become an empty shell,” Greenpeace climate official Martin Kaiser said in a statement. “In Geneva, the countries failed to grab the bull by the horns and negotiate difficult issues like financial aid for vulnerable countries and the phasing out of coal, oil and gas. . . . At the same time, these Geneva talks were not a complete loss. Policymakers drafted some reasonable long-term goals for emission reductions.”

Because whittling down the text ahead of Paris will be such a tedious and contentious task, as many as three additional sessions of low-level climate negotiations might yet be held prior to the Paris talks. The next round of meetings is planned in Bonn, Germany during the first half of June.

“We certainly have our work cut out when we convene again in June, but we have made important progress here,” Ahmed Sareer, the Maldives’ senior negotiator, said in a press release on Friday. Sareer is also serving as chairman of the Alliance of Small Island States, which is a climate negotiating alliance. Like many island nations, the Maldives very existence is threatened by rising seas, which has been fueled by climate change.

“Our job now is to take every opportunity at the remaining meetings, and the time in between, to understand each other’s concerns and interests as we look for common ground on the road to Paris,” Sareer said.