Pinecone-littered forests draped over tens of millions of acres of mountaintops through the American Southwest are in danger of being scorched out of existence by global warming.

It’s not just rising heat that threatens to put a meteorological flamethrower to lush montane swaths of Arizona and New Mexico better known for low-altitude cacti and desert plains. A fire-wielding threat also comes from a rise in vapor pressure deficit, or VPD — a parching force linked to climate change that rises as heat increases or as humidity decreases. 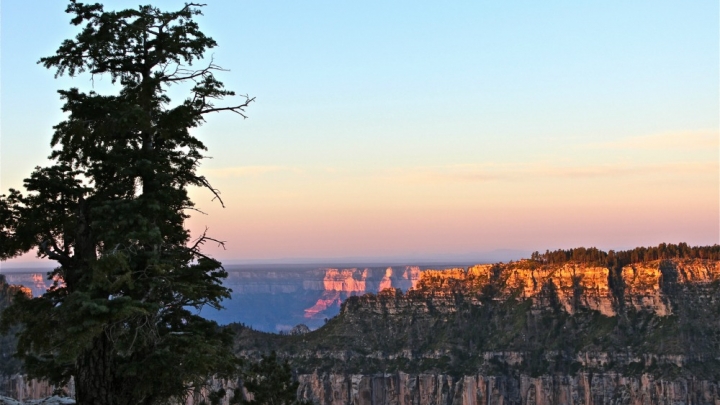 Scientists, including Williams, studied tree rings and climate models, reporting in Nature Climate Change in 2013 that vapor trends and rainfall and snowfall changes threatened to expose the forests of the Southwest’s sky islands — a whimsical monicker given to the mountain peaks — by the 2050s to drought stresses not seen in the past 1,000 years. That could cripple and kill the forests, they warned.

More recently, an international team of scientists that included Williams studied climate data, investigating the atmospheric factors that fueled record-breaking forest fires in eastern Arizona and northern New Mexico in 2011. Those fires left behind great barren patches of charred earth that the trees are expected to struggle to repopulate, triggering substantial erosion that damaged farms.

The researchers discovered that the sweeping blazes were worsened by a happenstance combination of meteorological forces. Those forces produced incendiary atmospheric conditions that are expected to become commonplace in the region’s climate-changed future. (The fires were also stoked by the buildup of trees, branches and leaves, thickened by decades of firefighting and fire suppression.)

As climate change increases temperatures, reduces snowpacks and pushes vapor pressure deficits upward in the American West, most of the already fire-prone region is suffering worsening wildfire seasons. A Climate Central analysis in 2012 found that, since the 1970s, the average number of large fires every year nearly quadrupled in Arizona and Idaho. In California, Colorado, Montana, New Mexico, Nevada, Oregon, Utah and Wyoming, it more than doubled.

A separate Climate Central analysis in 2012 found that Arizona was the fastest-warming state in the nation. New Mexico was the sixth-fastest. 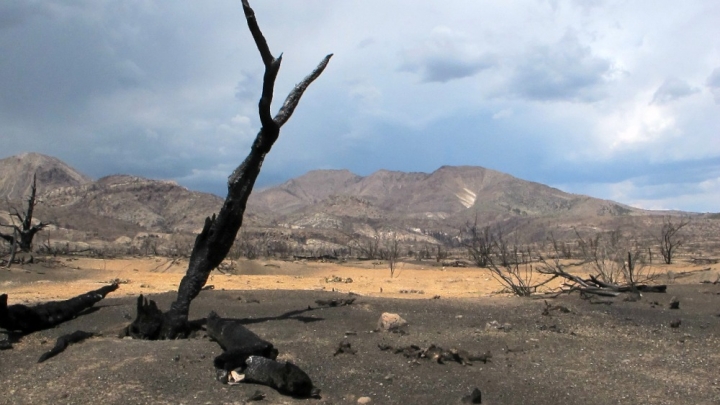 Initially, the dessicated future for the Southwest’s sky islands is expected to cause more mega-forest fires — claiming lives, infrastructure and homes and further stretching the nation’s overwhelmed firefighting budgets. Eventually, it’s likely to mean fewer and thinner high-altitude conifer forests in an area that includes Arizona and New Mexico and parts of Colorado and Utah.

Because warmer air can hold more moisture, VPDs are expected to increase around the globe as it warms. The effect will be particularly pronounced in already-dry environments, such as those of the American Southwest, where arid environments will become even more dry. Combine that with projections for less rain and snow in the Southwest, and you have a recipe for a disaster that’s drier than crackers over burned toast.

The causes of the high VPD in 2011 were found to be natural, the new research, published last month in a pair of papers in the Journal of Applied Meteorology and Climatology and International Journal of Wildland Fire, found. La Niña, a soil-parching drought, the sinking of dry air from high altitudes, and an unfortunate alignment of pressure systems all conspired to dry the the forests, making firestarters of them. “The atmosphere was going bananas,” Williams, who was involved with both papers plus the 2013 Nature paper, said.

By examining climate models, the scientists also concluded that the high VPD levels in 2011 could become unnaturally normal. “We can use that year as a natural experiment, because the ultimate effect was that the vapor pressure deficit was about as high in that year as we expect during the average year in the 2050s,” Williams said. “We can use that to say, ‘How did the ecosystems respond?’ One of the responses was extreme, unprecedented wildfire.”

This chart from the new paper shows the average regional vapor pressure deficit (VPD) from 1960 to 2005, VPD in 2011, average VPD projected during the 2050s, and the VPD that would be caused if meteorological factors resembling those of 2011 occur during a year in the 2050s.
Click image to enlarge. Credit: Journal of Applied Meteorology and Climatology.

The increasingly pyromaniacal climate conditions projected in the coming decades threaten to help grassy woodlands and shrubs take over lands currently occupied by forests. Such forests, which grow above 6,000 feet or so, are ill-equipped to handle the types of intense blazes that can be sparked by such heat and under-quenched skies. Once they burn in such fires they might never be able to grow back.

“Just a few species of conifer trees make up the forests of the Southwest, and those species are not fast reproducers or migrators,” Williams said. “That means that when you remove a giant chunk out of the forest, as we saw in 2011, it would take an incredibly long time under natural conditions for trees to be able to repopulate that patch.” 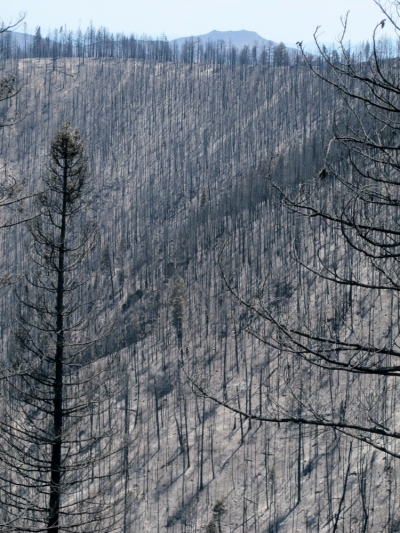 It’s difficult to tell precisely which species will repopulate the charred chunks and patches of fire-wrecked forest. But the new ecological communities will bring their own wildfire styles to the warming region when they burn — smaller than the conflagrations fueled by dried-out forest.

“If the authors’ link between vapor pressure deficit and large fire seasons holds, this means that we’d expect an increase in the frequency of large fire seasons,” John Abatzoglou, an associate professor at the University of Idaho's geography department, who was not involved with the study, said. “Of course, when you run out of real-estate in terms of fuels to burn, that story changes quite a bit, and the fire regimes may look very different.”

Craig D. Allen, a U.S. Geological Survey research ecologist in New Mexico, speculates that the fires of the region’s future might resemble the scrubby chaparral fires of southern California. “Fuels are going to be transitioning incrementally,” he said.

Although 2011 resembled the region’s future climate in regards to its VPD, it was a mere likeness. It’s difficult to foresee precisely how the region’s forests will respond as the climate changes. But the fiery year could provide an approximation for the future felling of the green crowns of the American Southwest. That could lead to substantial erosion, particularly during monsoon rains, choking downstream farms, orchards and towns. It would also destroy habitat used by bears and other wildlife and worsen local warming.

“If we think that survival of Southwestern forests is something that will be valuable,” Williams said, “it would be wise” to protect refugia by conserving patches most likely to endure. “I’d look to places that are cool and wet — high elevations and stream drainages where soil stays wet and cold air funnels downhill — to find areas where forests can survive.”