Winds of Change: Why Antarctic Sea Ice Is Growing

The ice that covers the Arctic Ocean has been on an overall downward trend in summer for more than three decades now, but the growth of sea ice in winter at the opposite end of the world in the Antarctica has been trending upward over the same time span. That doesn’t contradict the idea of global warming — for one thing, the growth is very slow compared with ice loss in the Arctic — but it’s still a scientific mystery that scientists want to understand. 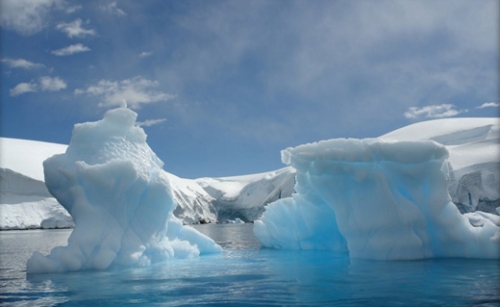 About 80 percent of the Antarctic sea ice growth can be explained by changes in the prevailing winds around the frozen continent says new study.
Credit: flickr/Liene Sturaine

Now a University of Washington scientist named Jinlun Zhang may have solved it. Writing in the Journal of Climatology, Zhang argues that about 80 percent of the growth can be explained by changes in the prevailing winds around the frozen continent; the remaining 20 percent, he suspects, might be the result of changes in ocean circulation.

The idea of a connection between changing winds and growing ice isn’t entirely new: a study published last year in the journal Nature Geoscience connected those same dots: in that research, climate scientists tracked the pattern of ice motion and wind direction, concluding that wind was pushing sea ice away from the frozen continent, creating expanses of open water closer in, where new ice could easily form.

Zhang’s new paper looks not at winds in general, but at a phenomenon known as the polar vortex, a circular pattern of winds that swirls around Antarctica.

“My results look at the fact that the vortex has gotten stronger over the past three decades,” Zhang said in an interview. There has also been an increase in convergence, or winds coming from different directions to slam into each other.

Since the wind pushes sea ice ahead of it, this tends to pile sea ice up into ridges of increased thickness, which creates areas of open water prone to freezing — a similar effect to last year’s study, but with a slightly different cause.

What Zhang doesn’t know is why the vortex has gotten stronger. It could simply be a result of natural climate variations, with no connection to human activity. It could also be related to the ozone hole that still persists over the southern continent. That manmade gap in the planet’s protective ozone layer isn’t a result of global warming; its cause is manmade ozone-destroying chlorofluorocarbons, whose use has been phased out, but which still linger in the polar stratosphere.

But the loss of ozone above Antarctica has altered the local energy balance in the atmosphere, and could, in principle, make the polar vortex stronger. 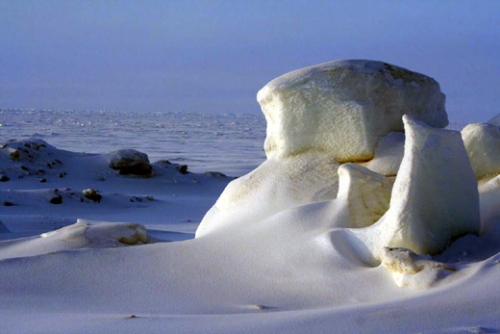 The loss of ozone above Antarctica has altered the energy balance in the atmosphere, and could, in principle, make the polar vortex stronger.
Credit: flickr/Todd Radenbaugh

It’s plausible, Zhang said, but the dynamics of the polar atmosphere are “very, very complicated. I haven’t seen a clear explanation yet of why the winds have gotten stronger.”

It’s clear to Zhang and other experts who look at sea ice that the seeming paradox of Antarctic ice increasing while Arctic ice is decreasing is really no paradox at all. The Arctic is an ocean surrounded by land, while the Antarctic is land surrounded by ocean. In the Arctic, moreover, you’ve got sea ice decreasing in the summer; at the opposite pole, you’ve got sea ice increasing in the winter. It’s not just an apples-and-oranges comparison: it’s more like comparing apple pie with orange juice.

It does serve as a reminder, however, that while the planet is warming overall, largely due to human emissions of greenhouse gases, the complexity of the climate system guarantees that the changes to come won’t unfold in a completely straightforward way.