The U.S. government has urged the international community to focus more on the impact of climate change on the oceans, amid growing concern over changes affecting corals, shellfish and other marine life.

The U.S. will raise the issue at United Nations climate talks in Paris later this year. The UN’s Intergovernmental Panel on Climate Change (IPCC) will be asked to devote more research to the issue.

“We are asking the IPCC in their next series of reports to focus more on ocean and cryosphere [ice ecosystem] issues,” David Balton, deputy assistant secretary for oceans and fisheries at the U.S. State Department, said. 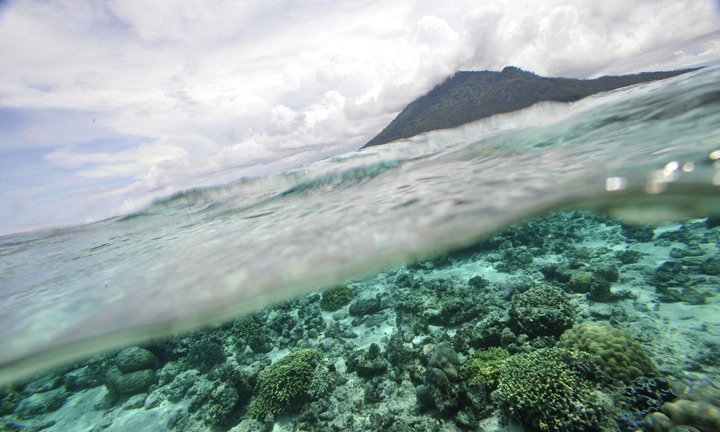 “In my judgment, more attention needs to be paid to the climate change effects upon the ocean areas of the world,” Balton said. “We need to keep pushing up until the Paris conference and beyond.

“Ultimately, we need to change the way we live if we’re to keep the planet in the safe zone.”

Around half of all greenhouse gases produced by the burning of fossil fuels and other activities are absorbed by the world’s oceans, which are warming steadily.

This has caused sea levels to rise and the oceans to become around 30 percent more acidic than in pre-industrial times. In acidic water, corals and shellfish struggle to form skeletons and shells.

An Australian-led study released this week, which examined the impact of climate change on 13,000 marine species, found that while some fish may be able to move into cooler areas, others face extinction due to warming waters. Species on the Great Barrier Reef are considered to be at particular risk.

U.S. government scientists have voiced their concern over recent signals that marine life is under pressure. An enormous toxic algal bloom nicknamed the “blob”, stretching from the Gulf of Alaska to the coast of Mexico, has been linked to the deaths of 30 large whales washed up on Alaskan coasts.

More than 250,000 Pacific salmon have died or are dying, meanwhile, due to warm temperatures in the Columbia river. Scientists predict that up to 80 percent of the sockeye salmon population, which swim up the river from the ocean to spawn, could ultimately be wiped out.

Warming water causes outbreaks of disease among some fish, as well as triggering problems high up the food chain by reducing the number of small prey fish.

“This year is looking an awful lot like what climate-change predictions for the future look like,” said Toby Kock, a scientist at the U.S. Geological Survey.

Another government scientist, Dr. John Stein, science and research director at National Oceanic and Atmospheric Administration (NOAA) Fisheries, said people were “having to change the way they do things right now” because of changes to the oceans, citing the decision by some U.S. shellfish farmers to move their operations.

Stein, who is based in Seattle, added that there was a “fair amount of political challenge” in talking about climate change.

“We have a very diverse Congress and there are some of them that are true deniers and I don’t know if we’ll ever be able to reach them,” Stein said. “But you can talk to a broader section of Congress about severe drought and flood and they will listen.

“Sometimes you have to craft your message in a way that gets resonance.”

Michael Gravitz, director of policy at the Marine Conservation Institute, a U.S.-based nonprofit, said: “It’s likely the IPCC has done less on oceans than the general atmosphere and we hope that will change.”

Gravitz said overfishing was another blight on ocean ecosystems, with just 10 percent of the world’s fish populations not under significant stress.