When the world heats up, economies around the globe will cool down. That's according to a new study which predicts that rising temperatures due to climate change will wreak havoc on economic output. 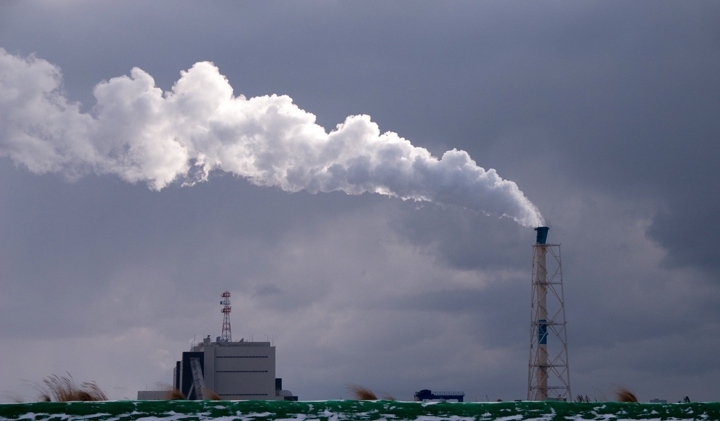 “Our best estimate is that the global economy as a whole will be 23 percent smaller in 2100 than if we would avoid climate change entirely,” said co-author of the study Solomon Hsiang, an associate professor of public policy at the University of California Berkeley.

The study looked at the relationship between temperature and economic activity in 166 countries over a 50 year period. The findings indicate climate change will widen global inequality, perhaps dramatically, because warming is good for cold countries, which tend to be richer, and more harmful for hot countries, which tend to be poorer. In the researchers' benchmark estimate, climate change will reduce average income in the poorest 40 percent of countries by 75 percent in 2100.

The magic number is 13 degrees Celsius or 55 degrees Fahrenheit, which is roughly the average temperature of the largest economies right now. But in 100 hundred years, if climate change goes unchecked, that could change dramatically.

“The guys that are at the top of the hill right now, places like the United States and China, they are going to start falling down the hill and performing poorly,” said Hsiang.

Countries currently hotter than the optimal temperature zone, such as Brazil and most of Africa, will be even worse off than they are now, according to the report.

The study focused exclusively on the impact of temperature change. Other factors linked to climate change, such as the frequency and distribution of extreme weather events and sea level rise, aren't accounted for. That means the 23 percent drop in the global economy by 2100, could be just a starting figure.

The study is sure to interest world leaders at the upcoming U.N. Climate Change Conference in Paris.

Along with Hsiang, the study was authored by Edward Miguel, UC Berkeley, and Marshall Burke, Stanford University