Calculating the costs of natural disasters is a valuable way for governments to recognize and limit the potential for damage, especially as extreme weather linked to climate change occurs more often, the United Nations' disaster prevention chief says. 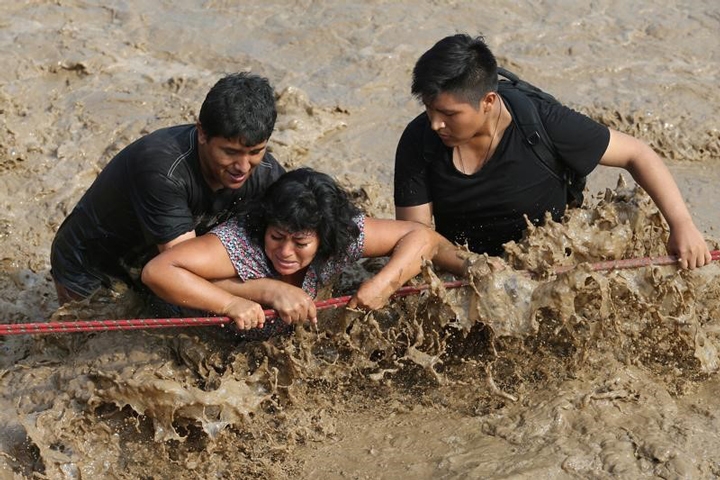 People cross a flooded street after a massive landslide and flood in the Huachipa district of Lima, Peru on March 17, 2017.
Credit: REUTERS/Guadalupe Pard

“It's important to quantify the costs. As long as the costs of these disasters are invisible, it is very easy to ignore them, and it's very hard to make the case to spend money on prevention,” he told the Thomson Reuters Foundation in an interview this week.

“It's about tying climate risk together with disaster risk more broadly and quantifying the costs historically and projecting future costs,” he said.

The heavy human toll and economic damage of flooding were laid bare in Colombia this month when two landslides killed more than 330 people and left thousands of others homeless.

“With climate change, we are seeing a marked increase in extreme weather,” Glasser said.

Global economic losses from disasters have reached an average of $250 billion to $300 billion annually, according to a 2015 report by UNISDR.

A yearly global investment of $6 billion would pay off in benefits of $360 billion in less damage and fewer economic losses in 15 years, the report said.

Yet spending on preparedness and resilience remains low. The U.N. has called on governments to spend at least 1 percent of development aid by 2020 on disaster preparation, but they currently spend just half that amount. 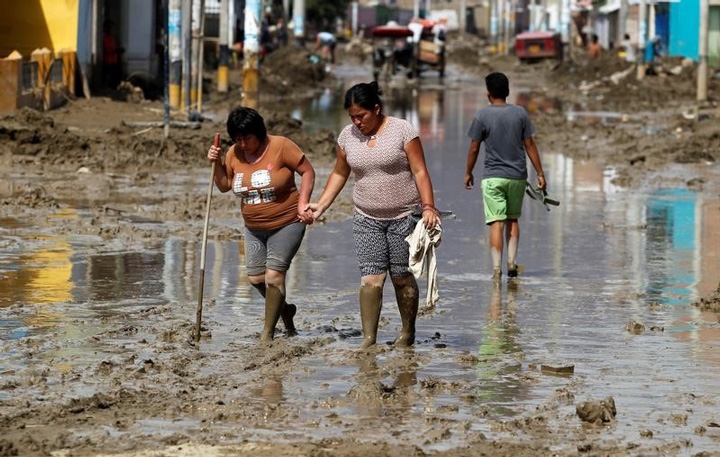 Residents cross a flooded street after rivers breached their banks due to torrential rains in Juarmey, Ancash, Peru on March 22, 2017.
Credit: REUTERS/Guadalupe Pardo

Experts plan to address ways of lessening the impact of disasters and boosting funding next month in Mexico at a major meeting to review progress on the Sendai framework for disaster risk reduction that was adopted in Japan in 2015.

Basic measures to reduce the impact of flooding include mapping flood-plain areas, modeling flood water flows and having early warning systems in place, including alerts on cell phones, to evacuate people in time, Glasser said.

Another key measure is preventing the building of settlements on precarious slopes and along river banks.

“There's a huge return on investment with money spent on disaster risk reduction,” he said.

Reducing the impact of disasters is linked to efforts to protect environment, he added.

By protecting mangroves that are cut down to make way for shrimp farms, islands can reduce the impact of storm surges. And stopping deforestation and soil erosion that reduce the ability of soil to retain water limits landslide damage, he said.

“There is a disconnect between environmental degradation and its impact on humans,” Glasser said.

In Colombia, about 40 percent of the country's land  - 45 million hectares - shows high levels of soil erosion, according to recent academic research.

Nearly 12 million Colombians are at risk from disaster, according to Colombia's environment minister, Luis Gilberto Murillo. Some 500 of Colombia's municipalities are at medium or high alert for flood and landslide risks, he said earlier this week.