The order is Trump’s most aggressive move yet to dismantle federal climate regulations even as established climate science shows that man-made global warming is a growing threat to human life and the economy. 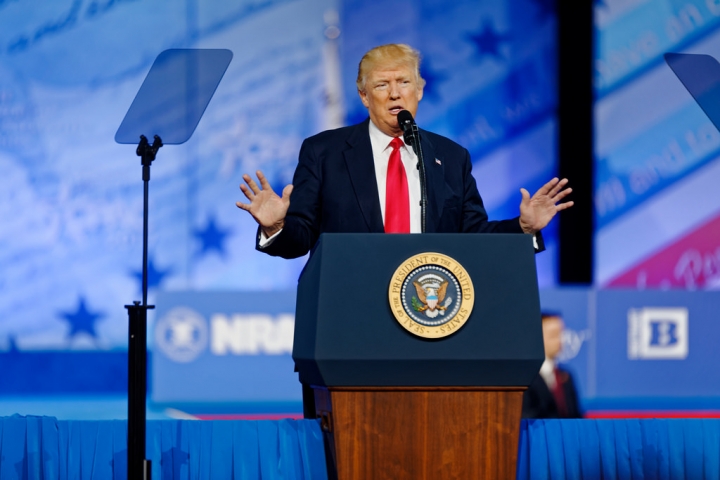 In all, Trump’s executive order targets at least 23 federal rules, regulations, executive orders, memorandums and reports related to energy and climate change, many of which are likely to be tied up in years of legal wrangling before being decided. The total number is likely much higher because the order directs federal agencies to tally up all their rules and regulations that can be interpreted to “constrain” energy production and prepare them to be rescinded if they’re deemed to be a “burden” on energy production and use.

Legal experts and climate scientists say the move abdicates U.S. leadership on climate change and incentivizes nearly unfettered fossil fuels development across the country. Those steps could diminish the chances that countries can prevent the world from warming to levels that scientists consider dangerous — 2°C (3.6°F).

The order signed by Trump killed what is known as the Climate Action Plan. The plan was President Obama’s overarching roadmap for how the U.S. would cut its climate pollution and adapt for the effects of global warming.

Even though cheap natural gas is the main cause of the coal industry’s troubles, Trump blamed the industry’s hard times on climate policy. His order asks the EPA to review the biggest part of Obama’s policy — the Clean Power Plan — and either revise or withdraw it.

The order calls for the U.S. attorney general to request that courts halt current court actions on the Clean Power Plan, a challenge to which is currently being heard in federal appeals court. At it’s core, the Clean Power Plan is about the EPA being able to regulate greenhouse gas emissions, a power the U.S. Supreme Court has already upheld three times.

The Supreme Court placed a temporary halt on the plan last year after 24 states sued to stop it. An appeals court ruling on whether the Clean Power Plan is constitutional is expected soon, and the decision is widely expected to be appealed to the Supreme Court.

The Clean Power Plan was meant to cut emissions from existing coal-fired power plants. It was key to U.S. credibility during the 2015 Paris climate negotiations because it showed that the world that the U.S. was serious about cutting its climate pollution.

The reversal of the plan is likely to be interpreted abroad as the U.S. pulling out of the Paris pact even if it doesn’t do so officially, said Danny Cullenward, a professor of climate change law and economics at Stanford University.

“Politically, it will rightly be recognized as the Trump administration thumbing its nose to the climate problem,” Cullenward said.

A White House official said Monday that the administration has not decided whether to seek to pull the U.S. out of the Paris Climate Agreement.

The U.S. has already ceded global leadership on climate change because under the Trump administration, it is no longer leading by example, said David Victor, co-director of the Laboratory on International Law and Regulation at the University of California-San Diego.

“Even with the Obama-era rules, the U.S. would have had a hard time meeting the Paris pledge,” Victor said. “Today’s order makes that even less likely.”

The details of Tuesday’s executive order show the breadth of the Trump administration’s desire to dispense with existing U.S. climate and energy policy. 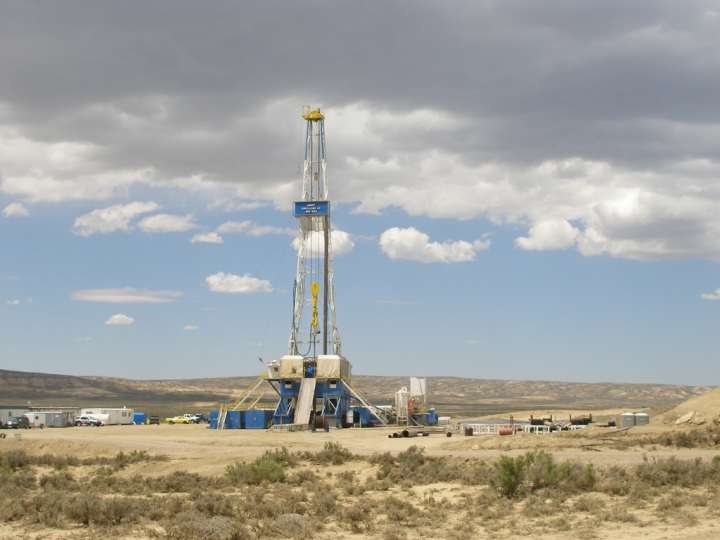 It also kills a memo Obama signed last year that includes the impacts of climate change in national security policies and plans. The memo said that national security could be threatened by global warming, which could affect military readiness and destabilize natural resources, leading to more global conflicts.

The order rescinds a moratorium on coal leasing on federal lands, a policy the Obama administration put in place as a way to halt coal mine expansions on public land. The moratorium was meant to stay in place until the government had a chance to study the climate impacts of the coal-leasing program and the fairness of the royalties coal companies are required to pay for mining public land.

“In ending the review of the coal program, the Department of Interior would miss a critical opportunity to harmonize coal leasing with environmental goals by using higher royalty rates or setting the carbon budget for leasing public lands,” said Jayni Hein, policy director at the Institute for Policy Integrity at NYU School of Law.

Tuesday’s order takes steps to overturn a rule placed on hydraulic fracturing on federal land, which was meant to protect groundwater from contamination from fracking fluids. The order also calls for a review of a methane emissions standard for oil and gas development on public lands. Methane, which often leaks from oil and gas wells and machinery, is a greenhouse gas 34 times as potent as carbon dioxide in warming the planet over the span of a century.

Tuesday’s order also requires several technical reports on the social cost of carbon to be withdrawn and asks the Council on Environmental Quality to kill a requirement that federal agencies tally the carbon footprint and climate impact of each of their decisions.

The order rolls back Obama-era policies that would help the U.S. to adapt to climate change, including requirements for the government to study the risks posed by climate change and promote ways for the U.S. to respond to the impacts of global warming.

In a move that paves the way for broad deregulation of oil, gas and coal development across the country, Trump is giving each federal agency 180 days to catalog all the rules and regulations in its purview that are “impediments” to energy production and rescind those that are a “burden” to energy production. The list the agencies produce will be used as a Trump administration “blueprint” for its energy policy, according to the White House.

“This action will eliminate federal overreach, restore economic freedom and allow our companies to thrive, compete and succeed on a level playing field for the first time in a long time,” Trump said. “The miners told me a about their attacks on their jobs and livelihoods. I made them this promise: We will put our miners back to work.”

But the order and Trump administration officials’ statements during Tuesday’s signing ceremony were full of contradictions and falsehoods about the connection between the decline of the coal industry and climate regulations, which Trump said was a “war on coal.” 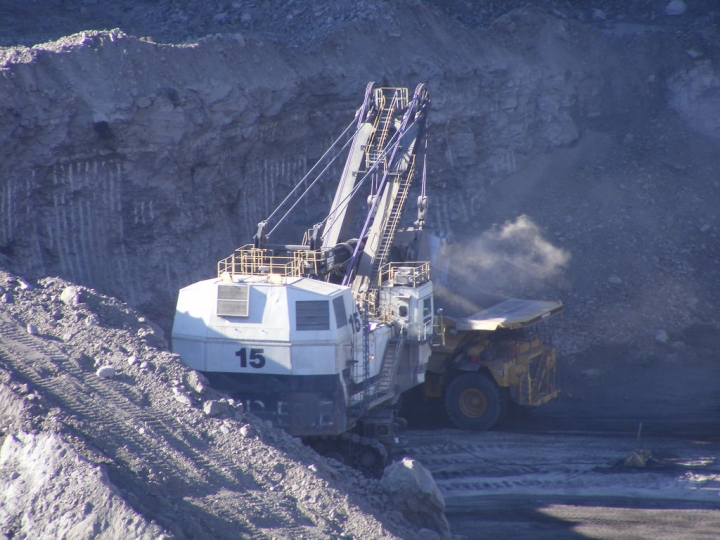 But it’s natural gas, shale energy and technology that are the biggest factors in the coal industry’s downfall.

The U.S., which is the third-largest crude oil producer and the largest natural gas producer in the world, has seen a flood of domestic shale oil and natural gas production over the past decade, contributing to a dramatic fall in global oil and gas prices. Cheap, abundant natural gas, along with federal mercury emissions regulations, have encouraged electric power companies to shut down coal-fired power plants and build new ones that run on natural gas. And technology has led to more automation in the coal industry, stripping away even more jobs.

The path toward a full unraveling of Obama-era climate policy is unclear because undoing the Clean Power Plan will require a long federal rulemaking process that will likely be mired for years in legal action.

“The order itself accomplishes virtually nothing directly,” said Richard Revesz, a law professor and director of the Institute for Policy Integrity at NYU. “It will be implemented through the regulatory process. But any such efforts are going to be very cumbersome and will be tied up in litigation for a long time.”

Revesz said that in rewriting the Clean Power Plan, the EPA will have to explain the scientific and economic basis for why a weaker version is necessary. The new plan will also eventually end up in court.

“This issue might not be resolved before the 2020 election, so the fate of the Clean Power Plan might ultimately be determined by the winner of that election,” Revesz said.

The response to Trump’s order was swift and scathing from climate scientists and conservationists and jubilant from Trump supporters.

“In the short term, there may be small job gains in the coal industry, but in the long term, U.S. companies will fall steadily behind the rest of the world where work will continue to aggressively improve efficiency, renewable technologies, electric vehicles, etc.,” said Drew Shindell, a climate scientist at Duke University.

“In the long run, U.S. companies will have a harder time selling their wares overseas if we stop accounting for 'social costs' and take other such actions to weaken our push toward environmentally friendly technologies,” he said. “So even from a jobs perspective, this is a bad move for America as a whole even if it benefits the fossil fuel industry.”

Michael Mann, a Penn State University climatologist, said the order is a signal to the world that the Trump administration cares more about fossil fuels than about the the health of the planet.

“Fortunately others, like China, are actually stepping up, decommissioning coal-fired power plants and flooding the global market with cheap solar panels,” Mann said. “They recognize that the U.S. vacuum in leadership provides them the opportunity to lead, both morally and economically, while we get left behind.”

You May Also Like:
Carbon Dioxide Could Reach 410 PPM This Month
NOAA Cuts Could Stymie Research, Put Lives at Risk
Arctic Sea Ice Continues Its Astonishing Streak of Lows