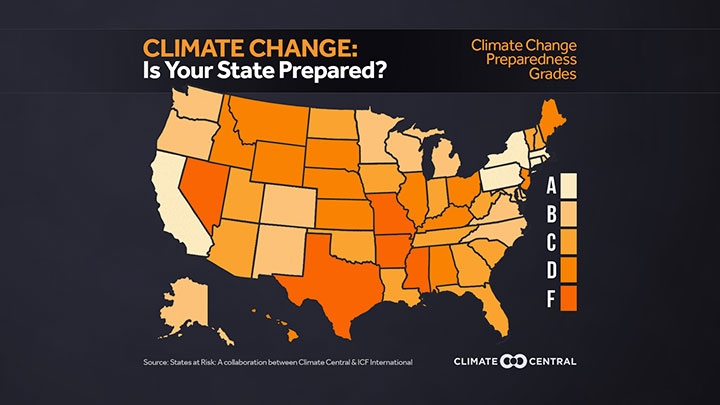 Extreme heat, wildfires, drought, inland flooding and coastal flooding threaten different regions of the U.S. in different ways, but all are increasing. Regardless of what we do to slow the warming that fuels these changes, massive global forces have been set in motion that will perpetuate these trends for many decades.

States need to prepare now for the inevitable increases in severe weather that a warming world will bring. Extreme weather events will be even more extreme in the future and preparedness plans that fail to take this into account will fall short, perhaps tragically so.

States at Risk: America’s Preparedness Report Card is the first national analysis of state level preparedness for climate-driven, weather-related threats facing all 50 states. For more information on how we prepared the Report Card, read our About page and our methodology.

Across the country, extreme heat, drought, wildfires, inland and coastal flooding aggravated by sea level rise pose a significant and increasing risk to people and the economy. With a few exceptions, states are reasonably well prepared for current threats, but very few have taken actions sufficient to prepare for the increasing risks of the future. 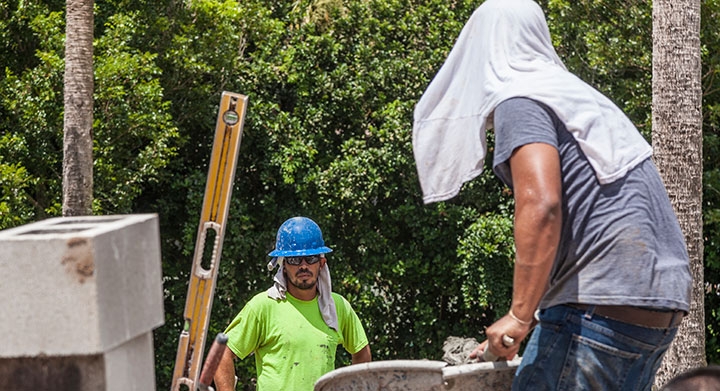 Extreme heat is the most pervasive threat, affecting every state, particularly in the Southeast and along the Gulf Coast where the combination of heat and humidity is projected to cross thresholds dangerous for human health within the next decade. By 2050:

Extreme heat is the threat where states are least prepared; only seven states have taken strong action to prepare for extreme heat risks.

Texas currently faces the highest overall summer drought threat of any state, by a substantial margin. By 2050, however, nine states; Colorado, Idaho, Montana, New Mexico, Texas, Michigan, Wisconsin, Minnesota, and Washington are projected to face a greater summer drought threat than Texas does today. Some, like Colorado, Washington and Michigan are reasonably well prepared overall, earning a B or higher.  Others, like Texas and Montana have taken little action, scoring a D- and an F respectively.

The growing threat from wildfires is concentrated in four states, Texas, California, Arizona, and Nevada, where more than 35 million people live in the high threat zone where wildlands and development converge. But climate driven wildfire threats are not restricted to western states.

Current preparedness for wildfires is very high, but readiness for future climate driven wildfire threats is very low; 15 of the 24 states analyzed do not have a climate adaptation plan that includes wildfires.

Florida and California have the largest populations vulnerable to inland flooding, with 1.5 million, and 1.3 million, people living in the inland FEMA floodplain, respectively. Georgia is third most at risk with 570,000 people. Nearly half of all states assessed (17 out of 32) have taken no action to plan for future climate change-related inland flooding risks or implemented strategies to address them.

Florida and Louisiana face enormous coastal flooding threats, far greater than any of the other 22 coastal states. Florida alone has 4.6 million people projected at risk (living in the 100-year coastal floodplain) by 2050. Louisiana has 1.2 million. Overall, states are more prepared for coastal flooding than for any other threat. Florida, however, is not among them. Florida earned an F for coastal flood preparedness, due to its average level of readiness in the face of enormous current and future risks. Louisiana, which is far better prepared, earned a B-.