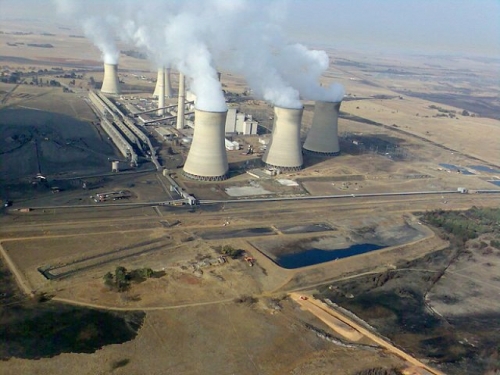 An international group of 27 scientists released a statement on Monday, which warned that the world will be unable to attain the goal of limiting global warming to or below 3.6°F compared to pre-industrial levels if coal use continues to increase at current rates. The scientists’ statement, which was organized by the European Climate Foundation, pushed back against efforts by the coal industry to position itself as part of a climate change solution.

The World Coal Association is hosting a meeting in Warsaw at the same time as the latest round of U.N. climate talks. Its members drafted a document called the Warsaw Communique, which trumpets the use of ““high-efficiency low-emissions coal combustion technologies” as a way to reduce carbon dioxide (CO2) emissions.

However, the scientists’ statement called the Communique “misleading” and said that coal use needs to decline. In addition, the scientists called for any new coal-fired power plants to use carbon capture and storage technologies, also known as CCS, in order for the world to have a realistic chance of meeting the 3.6°F goal agreed to at the Copenhagen climate summit in 2009.

The scientists' statement took aim at coal in in part due to its inefficiencies compared to other, cleaner energy sources. “Even the most efficient coal-fired power plants emit more than about 15 times the amount of CO2 per unit of electricity compared to renewable energy systems, and more than twice the amount of efficient (natural) gas fired plants,” the scientists said.

The statement, which was signed by researchers in the U.S., Japan, France, South Africa, India, and Canada, among other nations, based its conclusions in part on the recent report from the U.N. Intergovernmental Panel on Climate Change (IPCC). That report found that to have a more than 66 percent chance of limiting manmade global warming to 3.6°F or less above pre-industrial levels, only 1 trillion tonnes of CO2 can be released from the beginning of the industrial era to the end of this century. The world has already used up about half its carbon budget, and at current emissions rates it would blow through the remaining budget in 30 years or less. To stay within it, the majority of known global coal and oil reserves will have to remain in the ground.

“We are not saying there is no future for coal,” said P.R. Shukla of the Indian Institute of Management, who was one of the 27 signatories to the statement, “but that unabated coal combustion is not compatible with staying below the 2°C (3.6°F) limit.”

Climate scientists said most of the known fossil fuel reserves need to be left in the ground if the world is to meet the global temperature target.
Click image to enlarge.
Credit: European Climate Foundation.

Christiana Figueres, the executive secretary of the U.N. Framework Convention on Climate Change, addressed the coal conference on Monday and delivered a similar message. She called on the industry to “close all existing subcritical plants,” implement CCS on all new plants, and perhaps most controversially, “leave most existing (coal) reserves in the ground.

“These are not marginal or trivial changes, these are transformations that go to the core of the coal industry,” she said.

Reigning in coal use is a massive challenge, particularly given recent trends in the developing world. According to the World Resources Institute, there are currently nearly 1,200 new coal-fired power plants scheduled to be built worldwide, much of them in India and China. The International Energy Agency projects that coal will still be the dominant source of global electricity through 2035. Furthermore, research into CCS technologies is underway, but it has not yet reached commercial scale due to geological, economic, and political hurdles.

However, the statement notes the recent decisions by international funding institutions such as the World Bank to limit financing of coal plants abroad, and moves by China to reduce its reliance on coal fired power plants in order to improve air quality in some coastal provinces.

Burning all of the world’s remaining coal reserves alone would emit more than 2 trillion tonnes of CO2, the report said. Staying on the current path in coal use, with increasing use in the developing world and continued reliance in many developed countries, is consistent with an emissions trajectory that would take the world up to nearly 11°F of warming by the year 2100, which could have catastrophic consequences in the form of extreme weather events and sea level rise that could exceed 3 feet before the end of the century, putting hundreds of millions in coastal cities worldwide at risk.

The statement said that the largest portion of the remaining carbon budget should be allocated to economic sectors that have “no readily available alternatives,” such as liquid fossil fuels used to power aircraft, ships, and trucks, rather than electricity generation, for which lower carbon sources are already on the market.

“This means that unabated coal for power generation needs to be substituted as quickly as possible by technologies with near zero emissions,” the statement said.