ON THIN ICE: How Climate Change is Shaping Winter Recreation

Winters are heating up, with serious consequences for America’s cold-weather sports economy.

To many Americans, a mild winter may seem like a pleasant prospect. Higher temperatures can melt ice from roads, slash home heating costs, and make hats and scarves unneeded. And as the climate heats up because of humanity’s greenhouse gas emissions, plenty of warmer Decembers, Januaries, and Februaries are in store. In fact, in most U.S. states, winters have already warmed faster than any other season.

But warmer winters come with serious costs — and those costs will rise as winters get even warmer in the decades to come. Mild winter temperatures can interfere with crop growth; let disease-carrying pests, such as mosquitos, creep further into the cold season; and disrupt water supplies in places that rely on the slow melting of snowpack. 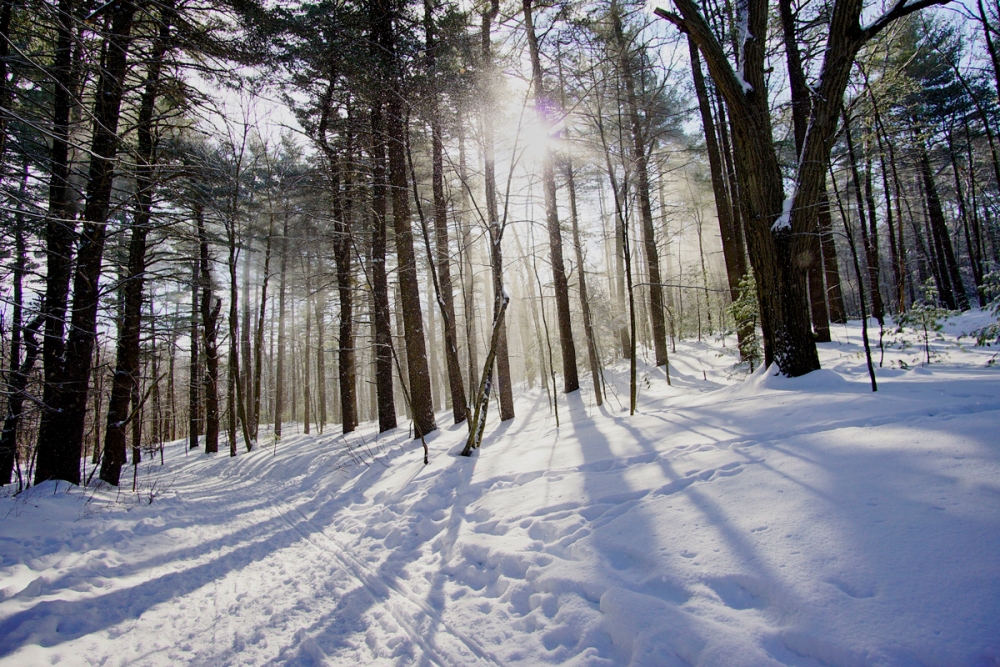 America’s cold-weather recreation sector has a particularly big stake in warming winters. Activities from downhill skiing to ice fishing and outdoor ice hockey all rely on low temperatures, ample snowfall, or both. Every year, winter recreation contributes billions of dollars to the United States’ economy. Winter sports also represent an important part of the country’s cultural heritage. Climate change is putting those benefits in danger.

Warming has already shifted snowfall patterns around the country. It has made winters hotter, on average, and is shrinking the number of days per year with below-freezing temperatures, which are essential to almost all winter recreation activities. The extent of the change in the decades ahead depends on the world’s emission choices today.

What Winter Is Worth

How much are winter sports worth? Some social scientists have worked to calculate the benefits that downhill and cross-country skiing, snowboarding, snowmobiling, snowshoeing, and the like deliver to the American economy. At issue are not only the immediate economic contributions of lift passes or equipment purchases, but the money that Americans spend on everything else they consume when they go out into the cold, from rental cars and hotel rooms to meals in restaurants. 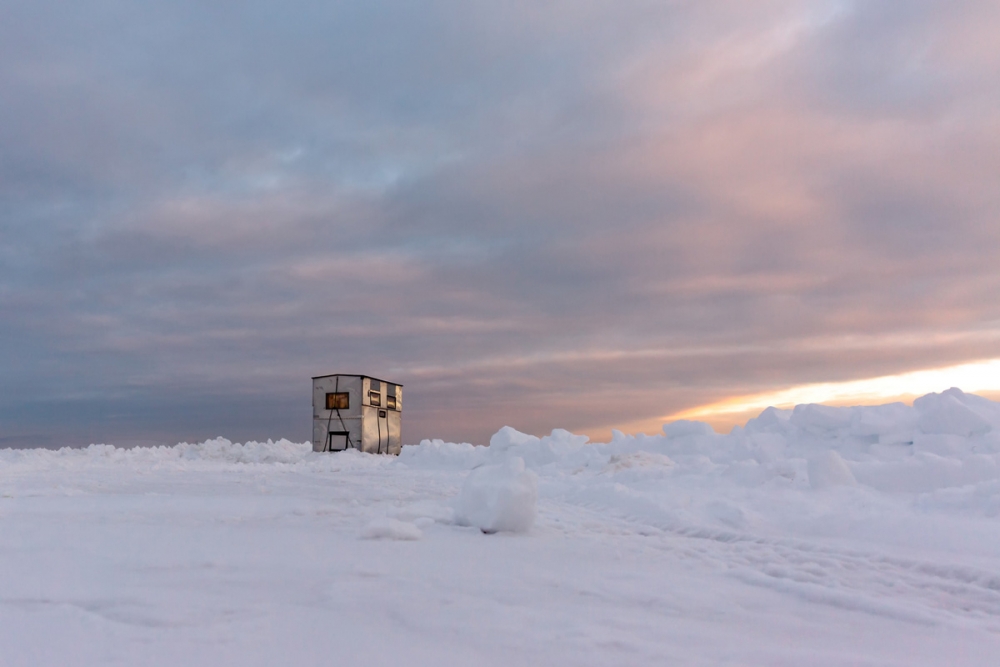 Protect Our Winters, an advocacy group focusing on winter sports and climate change, has synthesized much of the independent research around these questions. Taken together, the findings are striking. Nearly 24 million Americans participated in winter sports in the 2015-16 season. That winter, skiing and snowmobiling alone supported more than 191,000 jobs and contributed roughly $11.3 billion to the national economy. And although ski resorts account for the biggest portion of the economic contributions from winter sports, other cold-weather sports also attract millions of Americans every year. In 2016, for example, roughly 1.8 million Americans went ice fishing, and 3.5 million went snowshoeing.

Even though winter sports account for a small fraction of America’s roughly 150 million jobs, it’s worth remembering that a diminished winter sports economy would also represent a profound cultural blow. Traditions like Alaska’s Iditarod, the NHL’s outdoor games, and the Winter Olympics define the cold season for communities across the United States. Winter sports are more than just a source of employment or pleasure: they are a significant aspect of many Americans’ way of life.

Climate Central examined winter temperature data from 244 weather stations across the United States, from 1970 to 2018, and used linear regression analysis to assess changes in winter temperatures at each station over the study period.

The five places where winters warmed the most are traditionally cold locations. Winters in Burlington, Vermont — a city near a number of popular Northeastern ski resorts — warmed 7°F since 1970. Winters in Minneapolis, Minnesota, where ice fishing is a popular winter pastime, warmed by about 5.7°F. And in Concord, New Hampshire; Milwaukee, Wisconsin; and Waterloo, Iowa, winters have heated up by 5.6°F. Those changes are in accord with a general pattern in our warming climate, which sees America’s cold places and cold seasons heat up the fastest.

Winter temperatures in these U.S. cities

By midcentury, every state in the contiguous United States is projected to see fewer days with low temperatures below freezing each year. How much the number of such very cold days shrinks in the decades ahead depends in large part on the amount of greenhouse gases that humans put into the atmosphere. According to projections gathered by the Climate Impact Lab, a research group, there will be a slight decline in below-freezing days across the country even if the world makes deep emissions cuts. But if emissions grow unchecked, the decline will be a steep one, with potentially dire consequences for the winter economy. Fewer below-freezing days would shorten the winter-sports season, make it harder to produce artificial snow, and decrease the number of frozen lakes and ponds. 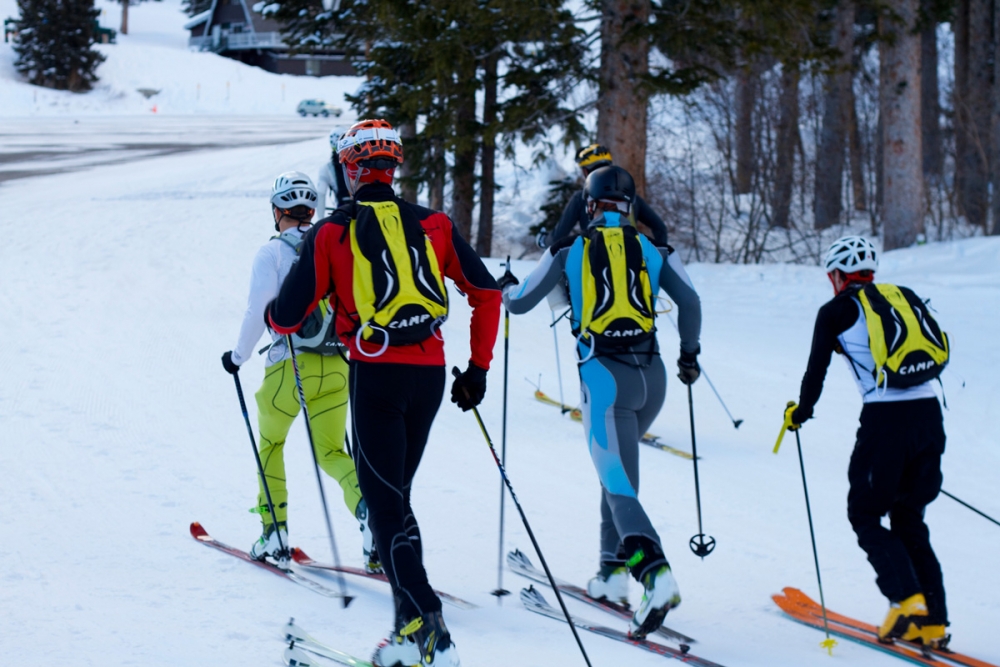 Take Colorado, where winter recreation, largely around downhill skiing and snowboarding, supports some 43,000 jobs — more than in any other state. Between 1981 and 2010, the state saw an average of about 170 days with below-freezing temperatures each year. Under the moderate emissions roughly corresponding to the pledges made in the 2015 Paris agreement, Colorado will see the average number of below-freezing days fall by more than two weeks, to 153 days per year, between 2020 and 2039, and by more than three weeks, to 144 days per year, between 2040 and 2059. (The world is not on track to meet the pledges made in Paris.)

If emissions continue to rise unchecked, according to current rates, Colorado’s losses will grow steeper. Between 2040 and 2059, the state would see just 136 days per year with temperatures below freezing, a loss of 34 days relative to recent conditions. By midcentury, in other words, failure to curb our emissions could rob America’s biggest winter-sports state of more than a month of below-freezing days. And by the end of the century, the losses are projected to be twice as high. 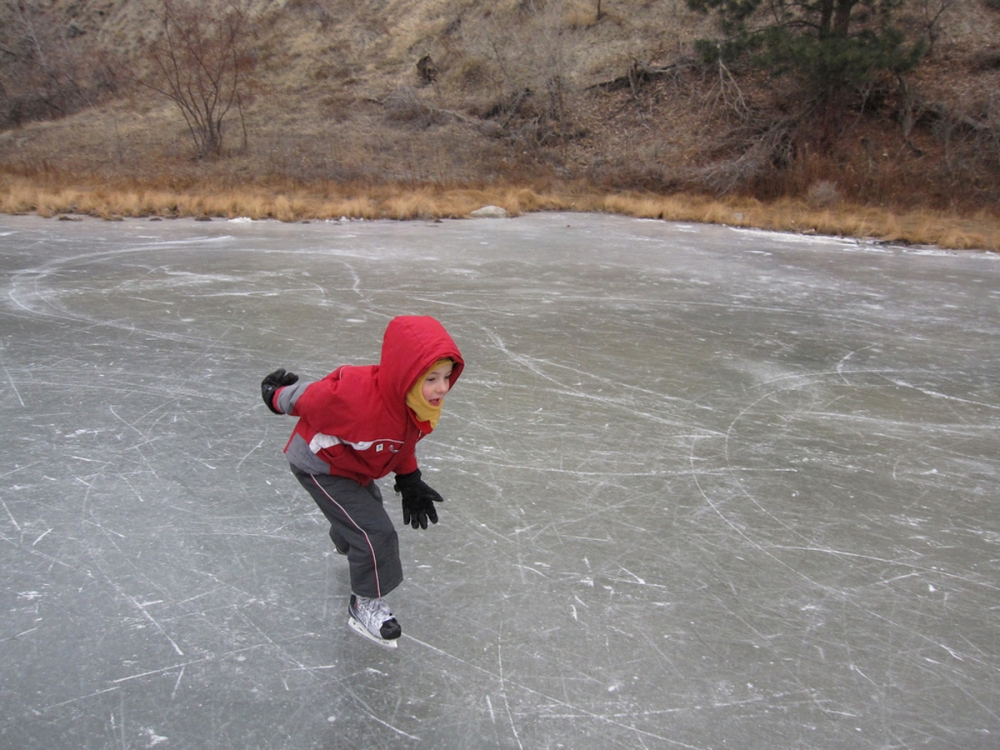 In New Hampshire, one of New England’s hubs for downhill and cross-country skiing, a similar pattern emerges. In the three decades between 1981 and 2010, that state experienced an average of 153 below-freezing days each year. By the 2040-2059 period, unchecked emissions would reduce that number by 31 days. Moderate cuts would limit the damage to 23 days.

Finally, consider Minnesota, one of the country’s fastest-warming states. Relative to recent numbers, which show that Minnesota saw an average of 157 below-freezing days per year between 1981 and 2010, the state would see 27 fewer below-freezing days in the 2040–2059 period if emissions continue to grow unabated. Today, Minnesota is home to some of the country’s best spots for ice fishing and a big hub for outdoor ice hockey — sports that depend on sustained, subfreezing temperatures. Only slashing greenhouse gas pollution can safeguard those traditions for future generations.

For many winter sports, cold weather is just one necessary ingredient. Snowfall is the other. Snowmobiling, snowshoeing, and cross-country skiing demand natural snow when they take place in areas where producing artificial snow is unaffordable or impractical. And snowfall may also play an important role in drawing visitors to winter resorts: in some parts of the United States, social scientists have found, people are more likely to head to mountain resorts when they see snowfall around their own homes. For the winter economies of mountainous areas, snowfall totals in lower-elevation population centers can be important.

Climate Central assessed annual snowfall data from 107 weather stations across the United States, dating from 1970 to 2018. To understand how snowfall totals have changed over time, it developed historical trend lines for each station during this period, based on a mathematical linear regression. The results showed stark regional differences, separating the stations that saw diminished snowfall, many in the Western United States, from those that recorded significant increases, as in the Great Lakes region.

Since the 1970s, 57 of the 107 stations assessed experienced declines in average annual snowfall of at least an inch. The biggest losers were Flagstaff, Arizona; Salt Lake City, Utah; and Casper, Wyoming, all of which are historically snowy cities with connections to winter sports. In those three cities, annual snowfall dropped by 48, 31, and 29 inches, respectively. In total, 17 weather stations lost at least a foot of snow.

Warming has cut the portion of winter precipitation that falls as snow — and that trend is especially pronounced in the Western United States. Some Western regions are also affected by what are increasingly becoming chronic drought conditions, which decrease the amount of precipitation that falls overall. Arizona, for instance, has been in a long-term drought for more than two decades; the fall and winter of 2017-18 were Flagstaff’s sixth-driest on record.

Snowfall trends in these U.S. cities

The weather stations that saw the biggest increases in average annual snowfall — Marquette, Michigan; Erie, Pennsylvania; and Youngstown, Ohio — all lie near the Great Lakes. At those locations, trends translate into increases in annual snowfall of 68, 33, and 30 inches, respectively. The dynamics that produce lake effect snow require open water and a contrast between air and water temperatures. As winters warm, on average, there is less ice, and hence more open water, on the Great Lakes. Warmer water temperatures, meanwhile, support more evaporation. The interplay of these effects produces an increase in lake effect snowfall in these nearby cities. But this trend will only hold as long as winter air temperatures in the region are cold enough for snow in the first place. As the climate warms over the century ahead, more of today’s lake-effect snow will fall as rain instead.

A number of the other stations with snowfall gains of ten inches or more were big Northeastern population centers, such as Philadelphia, Boston, New York City, and Newark, New Jersey. That aligns with a broader warming-driven trend, in which the Northeast has seen a major increase in the frequency of heavy precipitation events, such as the massive snowstorm, nicknamed “Snowmageddon,” that struck Washington, DC in February 2010. As the atmosphere warms, it can hold more water, allowing winter storms to dump bigger amounts of snow when temperatures are still below freezing. But the uptick in Northeastern snowfall is likely temporary: as in the Great Lakes region, warmer temperatures are projected to eventually make more winter precipitation fall as rain.

Snowfall depends on interactions between temperature and precipitation, and those effects play out differently not just by location but also by elevation. The complexity of those interactions makes it difficult to project the effects that different emission scenarios will have on snowfall in particular locations in the future. That difficulty serves as a reminder. Even when some of the outputs of the changing climate are hard to predict, one key input — greenhouse gas pollution — is very much within humanity’s control. For those who care about winter sports, how the world uses that control will make all the difference.

Methodology: Average winter (December through February) temperature and total annual (July through June) snowfall trends were calculated for 1970 to 2018 using data from the Applied Climate Information System. Local snowfall trends were calculated for stations with at least 10 inches of average annual snowfall, fewer than 10 percent of missing daily data, and at least five years of data in both the first and last decades of the study period (criteria based on Kunkel et al. 2009).The projected number of days with a minimum temperature below 32oF (under RCP 8.5 and RCP 4.5) are multi-model averages obtained from the Climate Impact Lab. More information about the methodology can be found on their website. This report was produced, in part, with support from Askov Finalyson.