The latest round of U.N. climate talks in Bonn helped build trust among countries and kept the long trek to a new global climate deal on track, despite a lack of substantive progress over the past two weeks, officials and experts said. 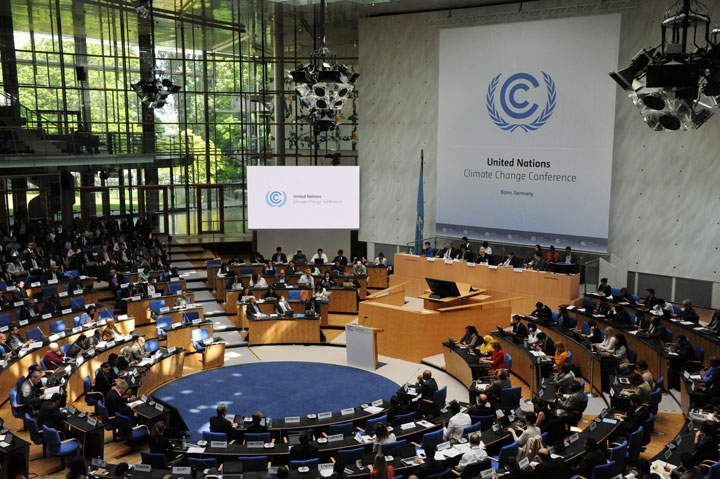 At the meeting, which ended on Thursday, negotiators slimmed down the cumbersome 90-page text of a draft deal by a few pages as the language was edited — but no options were weeded out.

A plan was agreed to consolidate the text further, and to provide more structure by late July, well before the next round of talks begin at the end of August.

Only 10 days of negotiating time remain before the Nov. 30 start of the U.N. climate conference in Paris, where the new agreement is due to be finished and adopted.

Despite the lack of headline-grabbing news from the June 1-11 Bonn meeting, and a view from some countries — including the United States and the European Union — that the pace must pick up, many officials took a pragmatic view.

“We should not be frustrated,” said Laurence Tubiana, France's ambassador for the climate negotiations.

“There are three conditions to deliver a successful agreement in Paris: the first one is trust, the second one is trust, and the third one is trust . . . and that, I think, we have gained a lot,” she told journalists in Bonn.

Christiana Figueres, the U.N.'s top climate change official, said governments were committed to reach an agreement that would enable “a century-long transformation that allows all countries to reach a sustainable, clean energy future”.

“What is occurring is in many ways unprecedented in the history of international cooperation in respect to vision and scale,” she said in a statement after the Bonn meeting.

“Everyone's concerns are being accommodated and everything has to move in parallel - it is understandably a complex but now also a very dynamic process.”

The co-chairs steering the talks said they would produce a new document on July 24, which will begin to sort the elements of the draft text into a potential legal agreement and an accompanying set of other decisions.

The outcome in Paris is expected by many to take the form of a package based around a legally binding accord of no more than about 20 or 30 pages.

The EU said the July document from the co-chairs should enable negotiators to get down to the substance of the key issues that must be hammered out for Paris, in advance of when they next meet in Bonn at the end of the summer.

Those issues include a proposed long-term goal to reduce carbon emissions and limit global warming to 2 degrees Celsius or less, another goal on adapting to extreme weather and rising seas, and increased finance to help developing countries deal with climate impacts and adopt clean energy.

“We have to somehow bridge the gap between political eagerness to reach a good agreement in Paris and complex technical negotiations,” said Elina Bardram, head of the European Commission delegation at the talks.

Arguing that much is happening outside the negotiations, U.N. climate chief Figueres emphasized the “impressive momentum” on climate action being taken by local governments, cities, corporations and investors.

This was also flagged by green groups in Bonn, which called for faster progress at U.N. talks.

“The climate talks are still catching up with a new political reality where the fossil fuel industry is losing its stranglehold on our economy,” said Payal Parekh, global managing director of climate campaign 350.org.

At the start of the week, the Group of Seven rich nations promised to develop long-term low-carbon strategies and abandon fossil fuels by the end of the century.

While this move was widely welcomed, many environmentalists said the G7 should have committed to a tighter deadline.

Some criticized the inadequacy of both developed countries' targets for emissions reductions after 2020, to be enshrined in the Paris deal, and plans for the next five years.

In Bonn, governments and experts discussed how to harness in the short term the most promising technologies and policies for boosting renewable energy supplies and improving energy efficiency in urban areas.

But some activists said the growing focus on efforts by the private sector and local authorities should not detract from the need for governments to step up their ambition to cut emissions before a new climate agreement takes effect in 2020.

If that does not happen, it will be difficult to achieve targets after 2020, warned Azeb Girmai of LDC Watch, which represents social movements in the world's poorest countries.

“That will mean missing the opportunity to address the planetary emergency we are facing,” she said.