Don't Have Flash? Watch this video on your iPad or iPhone here 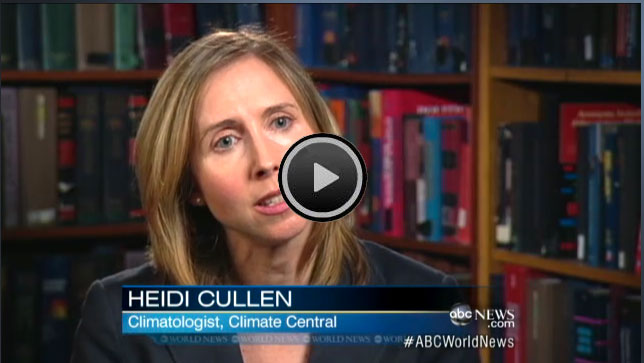 The July 10 release of two comprehensive climate science reports by the National Oceanic and Atmospheric Administration (NOAA) sparked widespread media coverage, including at Climate Central and elsewhere. The reports depicted the human influence on the global climate system during 2011, using indicators such as the amount of greenhouse gases in the air and melting glacial ice in Greenland. In addition, they demonstrated how global warming is already shifting the odds in favor of some extreme weather and climate events, such as the Texas drought and heat wave of 2011.

And finally, Cullen was joined by Penn State's Michael Mann — author of “The Hockey Stick and the Climate Wars” — and Bob Deans from the Natural Resources Defense Council on Al Jazeera for a special report entitled, “Extreme Weather: Linked to Climate Change?” Watch the video below.