Global Investments in Climate Change on the Rise

More money than ever before was channeled into action to curb climate change and its impacts, after funding leveled off in 2012 and declined in 2013, according to an annual report from the Climate Policy Initiative (CPI), an advisory group. 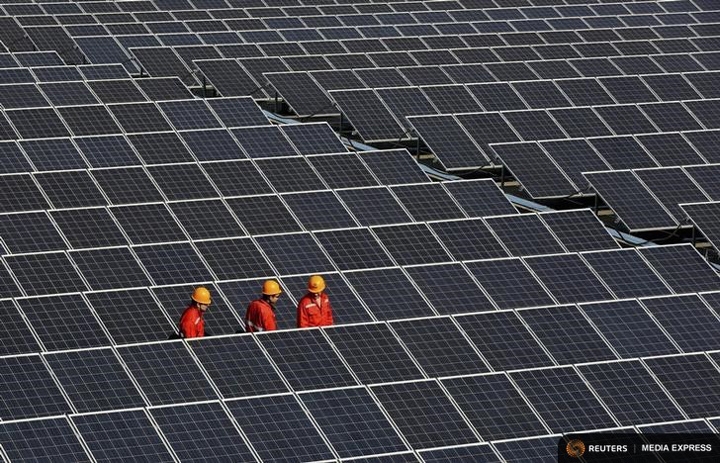 “Two weeks out from the international climate negotiations in Paris, our analysis demonstrates that countries around the world are investing to drive their own economic growth and development,” Barbara Buchner, senior director of the CPI and lead author of the study, said in a statement.

Around three quarters of total investment and over 90 percent of private finance was raised and spent in the same country, the report noted.

Some renewable energy technologies are edging closer to becoming fully cost-competitive with fossil fuels, it added.

Government investment, meanwhile, reached at least $148 billion in 2014, continuing its steady rise over the past three years.

Yet, despite the 2014 increase in funding for cleaner, more resilient economies, the CPI said even greater effort and a wider geographic spread for investment are needed to keep global warming to an internationally agreed target of 2 degrees Celsius (3.6 Fahrenheit).

The report noted that around $16.5 trillion is required between 2015 and 2030 to shift the global energy system in line with the 2 degree goal.

More will be needed to curb emissions from deforestation and help societies and economies adapt to more extreme weather and rising seas, it added.

“(Climate spending) is going in the right direction but more needs to happen, and clearly on the adaptation side as well,” Buchner told the Thomson Reuters Foundation.

Funding for climate change adaptation - which includes protecting infrastructure from damage, switching to hardier crops and improving weather information services - stayed flat in 2014, at $25 billion or 17 percent of all public climate finance, the report showed.

But Buchner said the data was incomplete because it did not include adaptation investment by the private sector, where more transparency is needed.

The numbers will be scrutinised by officials in the run-up to the Paris climate summit, beginning on Nov. 30, where some 195 countries are due to stitch together a new deal to curb global warming.

Climate finance is a sticky topic for negotiators, with developing countries seeking firmer reassurance that rich nations will make good on a promise to mobilise $100 billion a year to combat climate change in vulnerable states by 2020.

They also want to see $100 billion fixed as a floor for increased funding from 2020, and some are also looking for a separate commitment on government money for adaptation.

A study issued in October by the CPI and the Organisation for Economic Co-operation and Development showed donors are almost two-thirds of the way to the $100 billion goal, having spurred $62 billion in public and private climate finance in 2014.

But just 16 percent of the $114 billion in funding for developing nations over 2013 and 2014 was allocated purely for adaptation measures, with 7 percent more going to projects that support both adaptation and mitigation efforts to cut emissions.