North American forests will not fight climate change by absorbing carbon dioxide at levels once hoped for because the trees may not grow big enough, a study said.

The new research challenges previous studies that said trees could grow larger due to higher temperatures brought on by global warming, said the authors of the study published in the journal Ecology Letters. 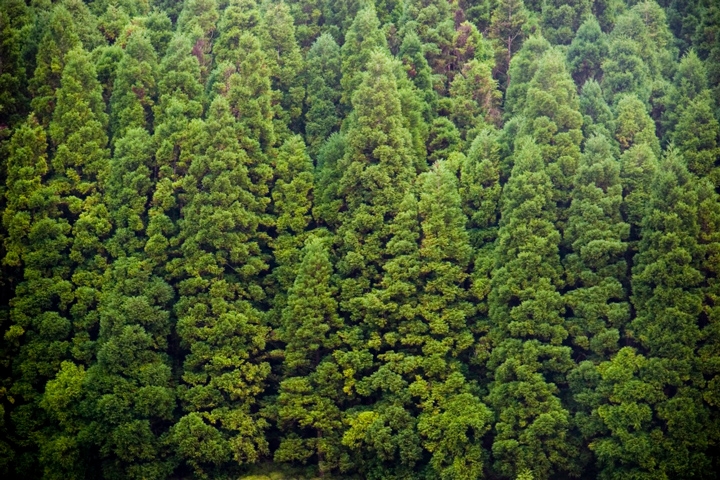 Typically, up to a third of carbon-dioxide emissions from human activity, such as automobile driving or steel production, is absorbed by forests, the study's authors said. Carbon dioxide is the main greenhouse gas responsible for global warming.

But if temperatures get too high, tree growth is inhibited and the absorption rate diminishes, said senior author Margaret Evans, a professor at the University of Arizona in Tucson.

“There is a tipping point,” she said. “A warmer climate becomes a bad thing instead of a good thing.”

Looking ahead at warmer temperatures likely in the coming decades, trees in the U.S. southwest north to the Rocky Mountains, Canada and Alaska could grow as much as 75 percent slower than normal by 2075, the researchers said.

By 2075, the average temperature in North America could be 6 degrees Celsius higher than it was in 1925, under a worst case scenario, the researchers said, using data from the United Nations Intergovernmental Panel on Climate Change.

Some increases in tree growth are still likely in the Pacific Northwest, parts of Florida, the northeastern part of Quebec in Canada and its maritime provinces, they said.

The researchers from U.S., Swiss and Polish institutions combined climate projections with tree rings collected between 1900 and 1950 at nearly 1,500 sites.

Tree rings, the layers grown each year, provide a record of how trees are affected by changes in temperature and rainfall patterns, they said.

Similar research could be done on northern forests in Europe and Asia, Evans said.

The study is the first to account for how trees respond to climate change, lead author Noah Charney, a researcher at the University of Arizona in Tucson, told the Thomson Reuters Foundation.