Half Million Die in Decade of Disasters in Asia Pacific

The Asia Pacific region, the most disaster-prone part of the world, suffered 1,625 disasters in the decade through 2014, and needs to spend more on adapting to climate change and preparing for more extreme weather, the United Nations said this week.

The region's disasters - 40 percent of the global total - claimed half a million lives over the decade, affected 1.4 billion people and caused $523 billion in economic damage, the 2015 U.N. Asia-Pacific Disaster Report said.

The world body urged the region's governments to invest more in adapting to climate change and preparing for disasters as the risks the region faces are worsened by its rapid economic growth and mushrooming population. 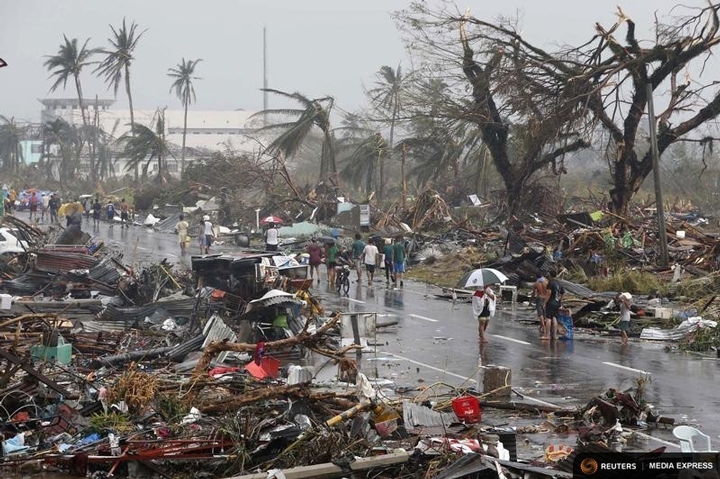 “Building resilience is not a choice or luxury for us, but a compulsion,” Shamshad Akhtar, head of the U.N. regional development arm for Asia Pacific, said at the launch of the report in Bangkok.

“Investing in disaster risk reduction is of course proven effective. It's a critical area, but at the same time it's neglected.”

Some 772 million poor people in the region are particularly vulnerable to disasters and tend to live in low-value, hazard-prone areas such as urban slums, steep slopes, flood plains and riverbanks, the report said.

They lack the resources to take preventive measures and do not having savings to draw upon when disaster strikes, it said.

International aid for disasters was $28 billion from 2004 to 2013, but most of this was for emergency response and rehabilitation, rather than prevention, it said.

In the Pacific Island nation of Fiji, the government began allocating funds for disaster risk reduction in 2013, “shifting from a culture of reaction to a culture of prevention”, said Inia Batikoto Seruiratu, Fijian national disaster management minister.

Home to about 887,000 people, Fiji is improving roads, bridges and jetties, as well as lifelines such as water and electricity infrastructure, Seruiratu said at the U.N. conference centre in Bangkok.

With most people living in rural areas, Fiji is also focusing on programmes to ensure economic well-being, increasing its budget to help rural communities repair or rebuild homes with better quality materials that can withstand cyclones, he said.

“If you look at the figures from previous disasters, a lot of money is spent on housing rehabilitation because most people lose their houses,” Seruiratu said.

“It's about cost and benefit: Increase the allocation on housing, rather than spending more money when the disaster comes.”

Akhtar said regional cooperation was crucial as many disasters strike across borders, including floods, cyclones, droughts, and most recently the 7.5-magnitude earthquake on Monday that killed hundreds in Afghanistan and Pakistan. 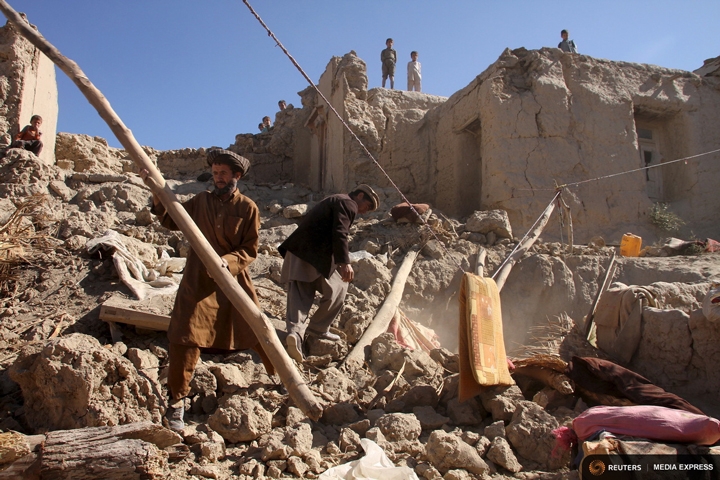 Men look for their belongings after an earthquake in the Kishim district of Badakhshan province, Afghanistan.
Credit: Reuters/Stringer

“It is a grave concern that disasters are becoming more frequent, much larger and more intense,” she said.

“Increasing threats from transboundary risks across the region demand ... cross-border sharing of information and regional cooperation.”

“Since the Indian Ocean tsunami in 2004, our early warning system strengthened, but gaps remain in the last mile,” Akhtar said.