Ten years ago, as part of a sustainability initiative, Walmart decided to take a look at its greenhouse gas emissions. The retail giant not only tallied up the carbon footprint of its trucking fleet and supersize stores, it also set out to quantify the greenhouse gas emissions associated with the countless products offered on its shelves.

With the help of the Environmental Defense Fund, the company calculated that these goods accounted for the vast majority of its emissions — between 90 and 95 percent, says Jenny Ahlen, a supply chain expert at EDF who works with Walmart.

Armed with information about the sources and sizes of its supply-chain emissions, the company vowed to reduce them by the equivalent of 22 million tons of carbon dioxide by 2015. Walmart recently announced that it met and surpassed that goal by implementing a number of measures, from increasing the energy efficiency of household products like lightbulbs to reducing the amount of food wasted in processing, in transportation and at stores, Ahlen says.

While critics say Walmart still has a long way to go to minimize its climate impacts, its success in reducing its supply chain emissions illustrates the idea that “to measure is to manage,” says Dexter Galvin of CDP, a non-profit organization that collects corporate climate information. That mantra embodies the rationale behind greenhouse gas accounting, which has become increasingly common in the private sector, especially in the U.S. and Europe.

Under current regulations, most companies don’t have to reduce their emissions, or even disclose them. But many are voluntarily scrutinizing their climate footprint anyway, often at the request of investors or corporate customers, says William Paddock of WAP Sustainability, a consulting firm that helps companies with the task.

The methods and results can vary, but the rise of greenhouse gas accounting has spurred more and more companies to set goals for reducing their emissions. Coca-Cola, for instance, aims to slash its emissions one-fourth by 2020, the same year by which Unilever — one of the largest consumer goods companies in the world — aims to cut emissions in half. These ambitious goals have bolstered hopes that corporations might help lead the way on climate action.

As financial accounting does with money, greenhouse gas accounting involves summing up all the emissions released by an entity, from a single company to an entire country. In the U.S., for instance, the Environmental Protection Agency conducts an annual inventory of greenhouse gas emissions across all sectors of the economy. The accounting captures everything from the CO2 belched out of coal-fired power plants, to the methane produced by cows, to the nitrous oxide released by cropland used to grow cotton for clothing.

Such accounting of country-level greenhouse gas emissions and reduction targets will be critical to the success of the Paris climate accord, signed by 195 countries late last year.

“It’s the bedrock of the Paris agreement in terms of holding countries accountable,” says John Niles, director of the Carbon Institute, a branch of the nonprofit Greenhouse Gas Management Institute. “It’s also the bedrock for giving governments and the private sector and civil society the information to make changes.” 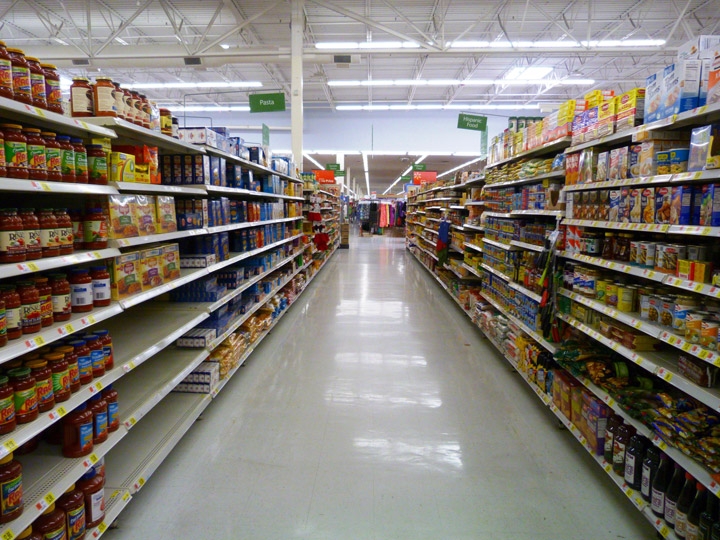 Indeed, achieving national reduction targets will require countries to identify opportunities to reduce their carbon footprint, a substantial portion of which belongs to corporations. There are various ways of calculating this contribution, but the EPA estimates that industry and its electricity consumption accounts for nearly one-third of U.S. greenhouse gas emissions — the most of any economic sector. And the 500 largest publicly traded companies in the world account for 14 percent of all anthropogenic emissions, not including the additional impacts of suppliers and customers, according to an estimate by Thomson Reuters.

Most of these corporations, however, calculate and publicly disclose their emissions. They often do so in response to requests from organizations like CDP, which represents banks, pension funds and other institutional investors that want to know how climate change threatens their investments. CDP sends questionnaires to thousands of companies around the world asking what kinds of climate policies they have implemented and whether they have crunched the numbers on their climate impact.

Increasingly, corporations have started turning around and asking the same questions of their suppliers, whose combined climate footprints often dwarf companies’ operational emissions, says Galvin, who heads CDP’s Supply Chain Program. Many companies that don’t engage their suppliers “have effectively outsourced their emissions to their supply chain and, particularly, to emerging markets,” he says.

That’s starting to change as companies’ accounting processes mature to include more indirect emissions. Galvin cites leaders across a range of industries, from L’Oreal to General Motors to Dell, who are working to make greenhouse gas accounting — and, in some cases, adopting emissions targets — a precondition for purchasing. “In many ways, it’s not voluntary,” he says.

And the effects can be powerful. For example, the low cost LED lightbulb GE developed with Walmart has sold widely. “This is a great case in point for why partnering with Walmart is so impactful,” Ahlen says. “Their normal day-to-day business of selling products to customers has huge ripple effects.”

Accounting is a way to prepare for future policies, “so you have a good understanding of where your emissions are and you already have a handle on how to manage them,” says Cynthia Cummis, deputy director of the World Resources Institute’s Greenhouse Gas Protocol, the most widely used guidelines for corporate greenhouse gas accounting. For example, some companies use accounting together with internal carbon prices to evaluate whether certain projects or products would be viable under future climate regulations.

But accounting also reveals opportunities, for instance, to save money, says Richard Conant, an ecologist at Colorado State University who recently helped launch a masters program in greenhouse gas management and accounting. Greenhouse gas emissions often indicate waste due to excessive energy use or other inefficiencies. “If you can tamp down greenhouse gas emissions, it might make production more efficient and more cost-effective,” he says. Taking a proactive stance on climate change, Conant notes, also allows companies to attract young talent, like his students, who want to work for environmentally friendly corporations.

These benefits help explain why greenhouse gas accounting has become so common among companies. After they get asked to start, “it sort of becomes contagious,” Paddock says, as organizations begin to grasp the full value of the data.

But, it’s unclear if reporting alone will be enough to drive meaningful reductions in corporate greenhouse gas emissions. Companies have been quick to make changes that can be justified in traditional cost-benefit terms, says Rory Sullivan, an investment consultant and visiting fellow at the University of Leeds in England. “However, in the absence of other pressure for action, that only takes you a certain part of the way,” he says. At the moment, most gains in efficiency have been outstripped by overall economic growth.

For instance, CDP Global Climate Change Report 2015 reported that while a growing percentage of companies responding the questionnaire have set reduction targets — 44 percent, compared to 27 percent in 2010 — those companies’ emissions actually increased over the same period of time. Similarly, despite meeting its supply chain goal, Walmart’s combined operational and energy-related emissions have continued to rise, as have those of the 500 companies tracked by Thomson Reuters.

“It’s important to not paint too rosy a picture,” Galvin says. Some companies are making progress, “but not enough is being done globally, particularly on supply chain.”

Part of the problem is that it’s hard for corporations to make changes that cut into their core business, says David Levy, a professor of management at the University of Massachusetts Boston. But that’s what could be required of many companies to achieve the emissions reductions needed to avoid more than 3.6°F of global warming. “Twenty percent you can do with operations, with modest steps, but the 50 percent — the 80 percent — that you need to get to by 2050 is a huge structural shift,” Levy says. “You can’t do business as usual.”

However, some corporations may start to reimagine their operations, especially if investors continue to apply pressure or if company leaders start to think longer term. “Buying lots of products that ultimately get thrown away at the end of life is not sustainable,” says Ahlen of EDF. To truly reduce their carbon footprints in a substantial and enduring way, Ahlen says, companies need to start shifting their business models, for example, by developing products and packaging that aren’t just recyclable, but that were designed to feed back into closed manufacturing loops. “Any company that wants to be around in 50 years is going to have start figuring that out.”