The Arctic ice cap melted to hundreds of thousands of square miles below average this summer. 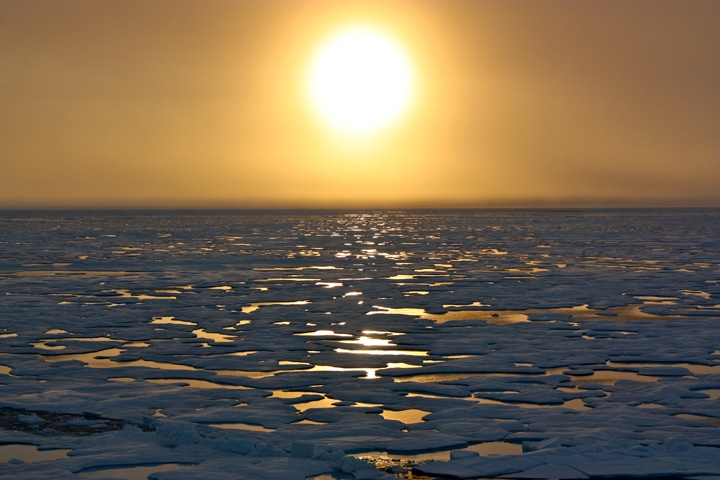 Climate change is pushing temperatures up most rapidly in the polar regions and left the extent of Arctic sea ice at 1.79 million square miles at the end of the summer melt season.

This is the time when it reaches its lowest area for the year, before starting to grow again as winter approaches. The 2017 minimum was 610,000 square miles below the 1981-2010 average and the eighth lowest year in the 38-year satellite record.

Scientists from the U.S. National Snow and Ice Data Centre (NSIDC) said the rate of ice loss this summer had been slowed by cool mid-summer weather over the central Arctic Ocean. The record minimum came in 2012, when the ice area fell to 483,000 square miles below the 2017 extent. 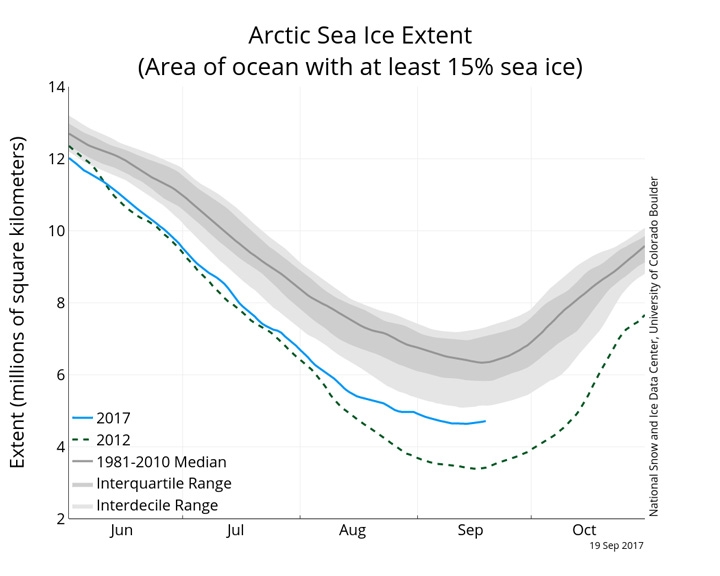 Ted Scambos at NSIDC said the Arctic sea ice had set a record for the smallest winter extent earlier in 2017 and was on track to be close to the 2012 record minimum until July. But a cloudy and cooler than normal August slowed the melting.

“Weather patterns in August saved the day,” Scambos said. The fast shrinking Arctic ice cap is increasingly thought to have major impacts on extreme weather patterns much further south, due to its influence on the jet stream. Floods, heatwaves and severe winters in Europe, Asia and North America have all been linked to the Arctic meltdown. “It’s bound to have an impact on global climate,” Scambos said.

The 2017 sea ice level fits with an overall steady decline over the decades, but one that varies from year to year, Scambos said. “It’s not going to be a staircase heading down to zero every year,” he said. “[But] the Arctic will continue to evolve towards less ice. There’s no dodging that.”

Rod Downie, head of polar program at WWF, said: “From space, the loss of Arctic sea ice is the clearest and most visible sign of climate change, and human beings are responsible for most of it. We are engineering our planet and its climate.”

“That’s not good for the people of the Arctic who depend upon sea ice for their traditional way of life and for people across the world who depend on a stable climate,” he said. The Arctic could be virtually free of ice in summer within people’s lifetimes, he warned, and called for more action on climate change by reducing carbon emissions.