Clocks changing, foliage turning, apple picking. All the signs of fall are upon us or fast approaching. With that in mind, we wanted to share trend maps showing how both precipitation and temperature have changed this season since 1970. 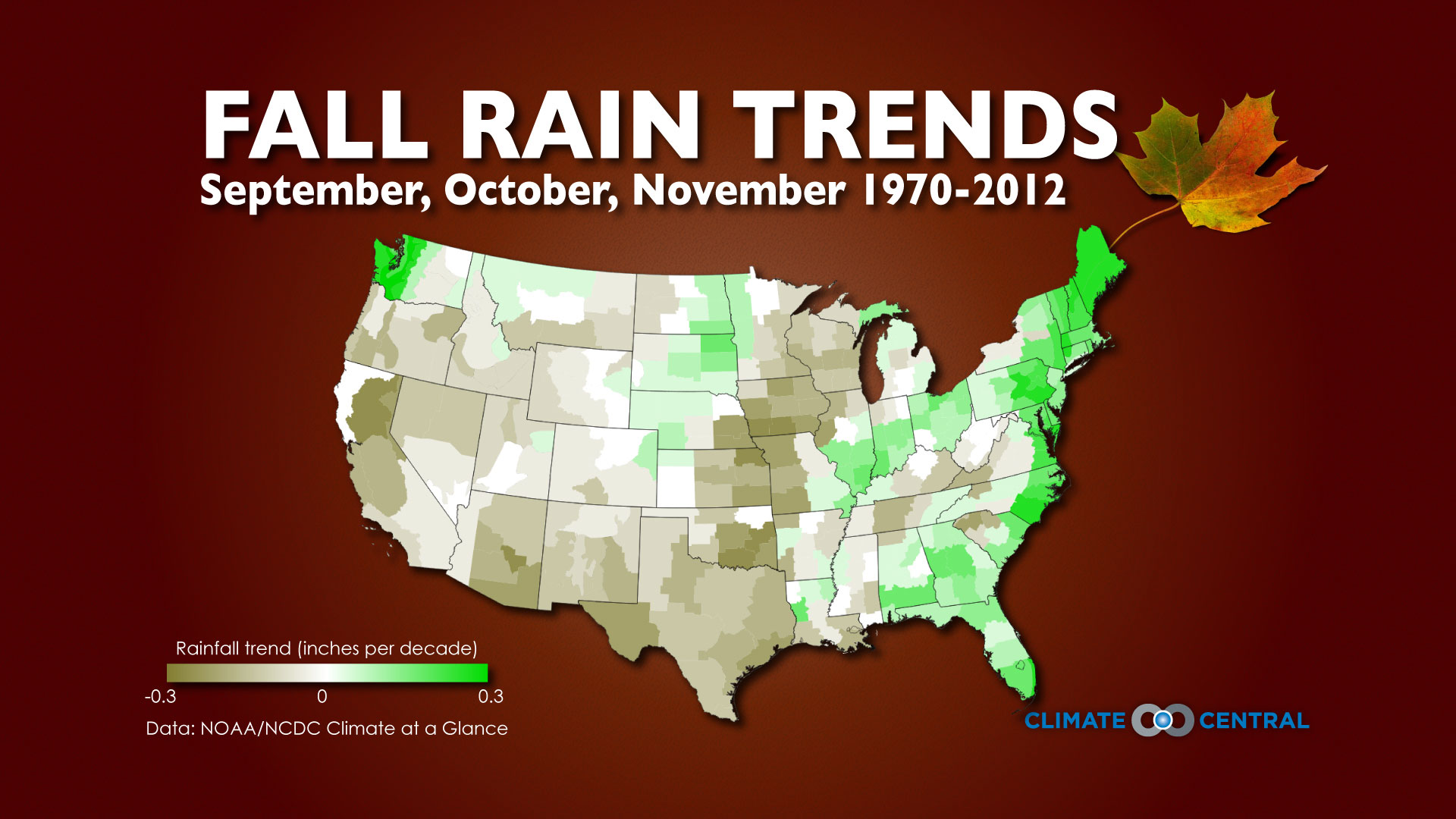 Just as New Mexicans are roasting chiles while New Englanders are making apple cider, there are noticeable differences in regional trends. On the precipitation side, it’s clear fall on the Eastern Seaboard and the Ohio River Valley has gotten wetter while its gotten dryer for many areas to the west. The trend in the Northeast is particularly striking and according to a NOAA report, it stretches back to the beginning of the 20th century.

Temperature trends are somewhat more uniform. The strongest trend is noticeable west of the Mississippi, parts of which have warmed up to 1.3°F per decade. The Northeast is also one of the fastest warming regions of the country. Only small pockets of the Southeast have seen any form of cooling in the fall. That doesn't mean global warming is skipping over the region. Annual temperatures trends show that all states in the Southeast (and across the U.S. for that matter) have been warming since 1970, although at different rates. For example, Florida is the slowest warming state while Arizona is the fastest, and Utah comes in at number seven.

Looking to the future, fall is likely to only get hotter for the Southwest. According to the National Climate Assessment, temperatures in the region will rise 5°F to 9°F by the end of the century with the steepest increases coming in fall and summer. All other regions and states, including Florida, will also likely see temperatures continue to rise. That could push back fall harvesting seasons, longer frost free seasons, and have an impact on foliage.