May 4 marks the unofficial Star Wars Day — a phonetic play on the adage, “May the force be with you.” While fictional, the planets in the Star Wars universe can tell us a lot about atmospheres, which drive planetary climates.

Tatooine, the home planet of Luke Skywalker, is a dry and desolate world. However, there must be traces of water on the planet since members of his family were water vapor farmers, collecting it from the atmosphere for survival. Ironically, the lack of water resources stabilizes the climate of a planet like Tatooine because water can amplify changes in a planet’s temperature. As a vapor, it is a potent greenhouse gas that can warm a climate. But as ice, its high albedo reflects incoming energy from the parent star, chilling the planet’s surface.

Hoth, home of the Rebel base in “The Empire Strikes Back,” is icy and cold. And it bears a resemblance to Earth in its distant past. About 700 million years ago, vast ice sheets extended nearly to Earth’s equator. Those ice sheets were much more extensive than during the last ice age, which peaked about 20,000 years ago. During the most recent ice age, CO2 levels were less than half the current level of 408 ppm, and they were likely even lower during that snowball Earth of 700 million years ago. While subtle changes in Earth’s orbit start the planet toward and away from ice ages, CO2 is an important ingredient in amplifying those climate changes. 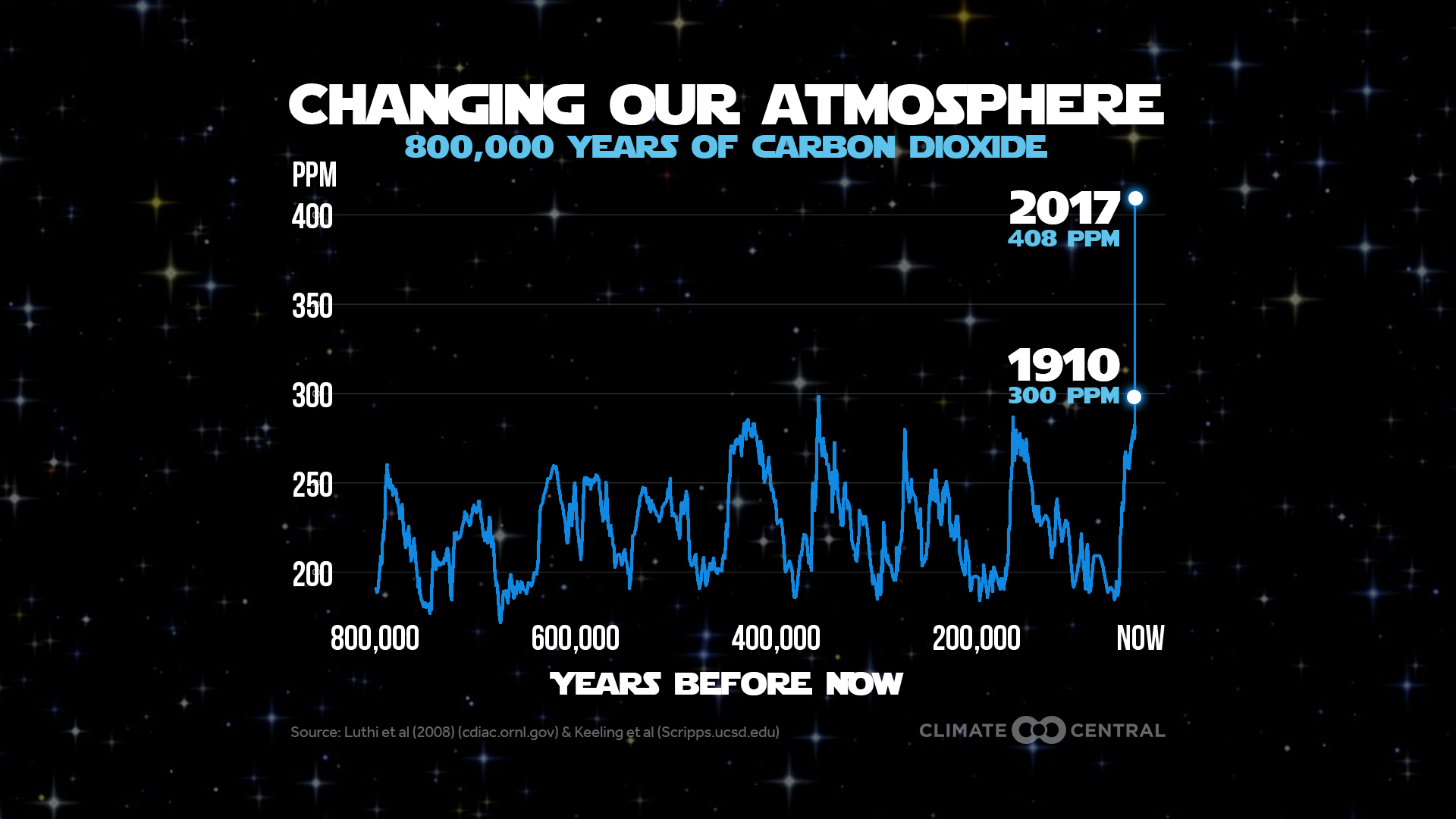 Volcanic releases of carbon dioxide likely helped Earth emerge from its snowball period, but that process of adding carbon dioxide to the atmosphere took millions of years. Humans are changing the composition of the Earth’s atmosphere much more rapidly. Through the burning of fossil fuels, the amount of carbon dioxide has increased 35 percent in just the last century. How much additional planetary warming we experience here on Earth will be decided by how much we humans continue to change the atmosphere that governs our climate.

See a fictional version of the IPCC for Tatooine, by David Ng from the University of British Columbia.