Spring is Arriving Earlier in the U.S.

The date when spring weather arrives (as measured by first bud data) is earlier than in recent decades.

While many Americans may welcome that prospect, this shift has ecological consequences beyond milder temperatures and earlier flowers. Changing temperature cues can disrupt the temporal match between plant and animal processes, leaving insects without food and plants without pollinators. An earlier growing season can also increase water stress while leaving plants more vulnerable to frost damage after starting growth too soon.

Across the Lower 48, the average “first leaf” date has shifted from March 20, the beginning of astronomical spring, to St. Patrick’s Day three days earlier.

The shift in spring arrivals is even greater across a number of states in the Southwest and Southeast, by five days or more. Several New England and Mid-Atlantic states have also experienced this magnitude of change, while only three states have seen a spring shift of less than than two days.

A few days change in our spring patterns may not sound like much, but with projected temperature changes this shift could become much more dramatic. A 2013 study by Su-Jong Jeong and other Princeton researchers predicts that red maple leaves will, on average, emerge 16 days earlier by 2100. In New York and several other northern states, the change may be as much as 38 days. 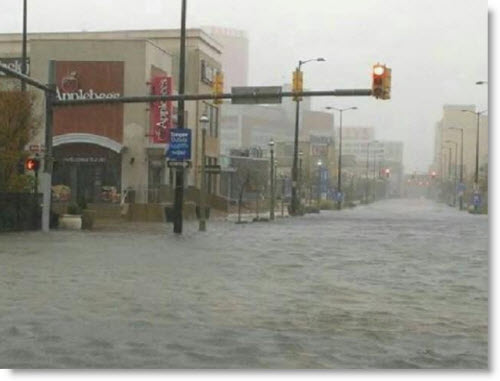