For the third year in a row, tornado season has gotten off to a slow start, as indicated in the graphic below That's a big contrast to the active 2011 season — the second highest on record with 1,691 twisters reported, including a single outbreak that killed 316 people. 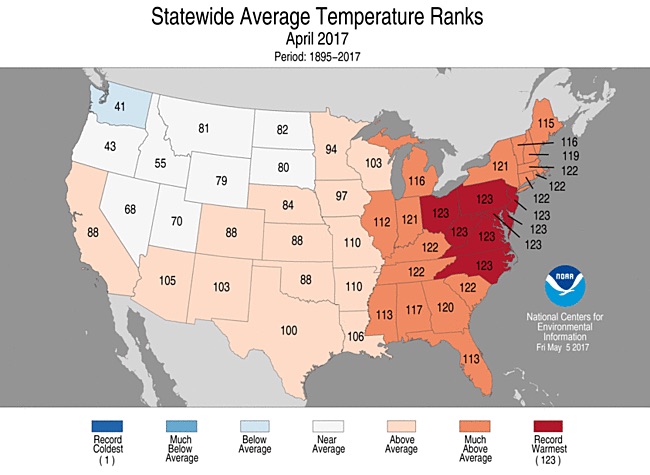 These wide swings in tornado activity in such a short time naturally have meteorologists and climate scientists wondering if climate change could be playing a role. After all, we’re altering the atmosphere by pumping out heat-trapping greenhouse gases, so it makes sense that storms of all kinds are being affected. But so far, nobody has pinned down a cause-and-effect relationship.

Some research has shown that severe thunderstorms are likely to increase as the U.S. warms, at least in the eastern half of the U.S., along with a “possible increase in the number of days supportive of tornadic storms.” But other research shows that wind shear may decrease overall, which would weaken the atmosphere’s ability to form tornadoes.

The truth, though, is that the link between climate change and tornadoes is still murky. Given the awful destructive power of these storms, however, it’s a question climate scientists and research meteorologists are working hard to answer. What we do know, is that tornado activity typically ramps up as we move into the spring and summer months.

The main graphic above takes you through the calendar year, showing the probability of there being a tornado on any given day. Remember that this is a national look at tornado “season”, regional seasonality may vary. The graphic below gets more local, showing the current 10-year average tornado count for each state. It clearly shows the high tornado areas, but also shows that no state is exempt from the powerful storms.

Climatologies of tornado probabilities were provided by the NOAA Storm Prediction Center (SPC). Data are maintained through a joint effort of the NOAA, SPC and the NOAA National Severe Storms Laboratory.