Climate scientists are tracking the number of record lows outpacing highs because it’s become unusual in recent years. Before 2013, the last time this happened was 1993. That's significant because in a world without global warming, you’d expect to see about the same number of record highs and record lows — not every year since natural weather fluctuations make that unlikely, but on the scale of decades, highs and lows would balance out. Instead, we are seeing the opposite — record high temperatures outnumbering record lows for many decades in a row so far.

The graphic above looks at highs vs. lows on an annual scale, but we've also looked at it on a decadal scale (see below). On the decadal scale, the gap between highs and lows has been growing since the 1970s. By the decade of the 2000s, there were more than twice as many record highs as record lows. As the planet continues to warm, some projections indicate that this ratio of record highs to record lows could reach 20:1 by mid-century, and a staggering 50:1 by 2100. 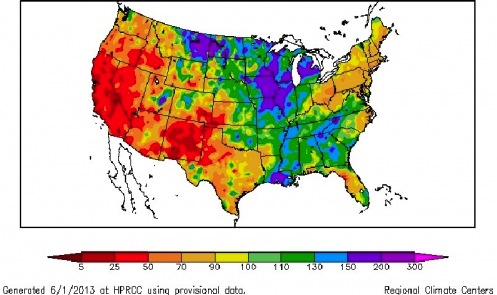 Even on an annual scale, you see how the stretches of both record lows and highs would eventually swing back the other way. However, that balance has clearly been shifting toward record highs since the 1970s with highs greatly outpacing lows since 2000.

With that in mind, this week’s cold snap, along with the surprising number of record lows this year and last year, could someday look like a tiny downward blip on a steadily rising temperature chart.

DATA NOTE: We used two different sets of data for the graphics/animations. The decadal data came from a research paper by Meehl et al. pubished in 2009. In that study, a common set of stations was used over time that was quality controlled to select stations with limited missing data. The data used in the annual analysis is an aggregate number that accounts for all available stations at a certain time. There are slight variations when we compare the results from the overlapping period, but the overall trends are similar.