If you live in one of the snowbelt locations of the Great Lakes, you’re all too familiar. These bodies of water are a huge moisture source — especially this time of year, when the water is still relatively warm from a summer of heating. When cold air blows across the Lakes, moisture is picked up and forms narrow bands that can turn into enormous volumes of heavy snow when they are dumped downwind.

It’s reasonable to wonder how lake-effect snow has changed as the U.S., along with the world as a whole, has warmed. And the answer, based on records from 17 weather stations located downwind of the Great Lakes, is that snowfall amounts have increased since 1930. (This analysis was guided by this published paper by Kunkel et al. Journal of Great Lakes Research 2009)

One key reason may be that ice coverage on the Lakes has diminished, on average. According to the Great Lakes Environmental Research Laboratory, Great Lake ice coverage since 1973 has been trending downward. Of course, there can be a big variation from one year to the next. For example, last year’s ice coverage was nearly as high as it has ever been during the 1973-2014 period. However, the year before, it was at a near-record low.

The less ice covering the Lakes, the more open water surface there is for evaporation to happen. So a downward trend in ice cover and an upward trend in lake-effect snow go hand in hand. 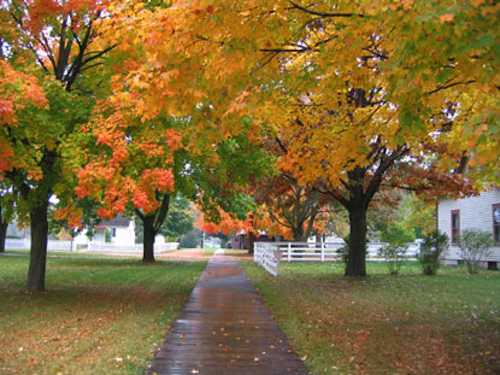