The Paris Climate Change Agreement set a goal of “holding the increase in the global average temperature to well below 2°C (3.6°F) above pre-industrial levels and pursuing efforts to limit the temperature increase to 1.5°C (2.7°F).” In that agreement, world leaders asked the IPCC, the preeminent climate science body, “to provide a Special Report in 2018 on the impacts of global warming of 1.5°C above pre-industrial levels and related global greenhouse gas emission pathways.” After being formally approved by all the UN country representatives, that special report was released this week.

Human activities have already warmed the planet about 1°C (1.8°F) since the pre-industrial era, defined by the IPCC as the latter half of the 19th century. At the current rate of warming, Earth would reach the 1.5°C threshold between 2030 and 2052. Limiting warming to 1.5°C is not easy and requires drastic changes to our energy, transportation, food, and building systems. Net CO2 emissions need to drop 45 percent from their 2010 levels by 2030, and reach net-zero by 2050 (meaning that any remaining CO2 emissions would need to be offset by removing carbon dioxide from the atmosphere).

Meeting this goal involves a large jump in renewables for the global energy supply, providing 70-85 percent of electricity use by 2050. Moreover, because CO2 remains in the atmosphere for centuries, we have already committed to future warming with our historical emissions. As a result, even with drastic emissions cuts, meeting this 1.5°C goal likely means a brief exceedance, or overshoot, of the 1.5°C threshold before returning to that level for the longer term and requires some removal of CO2 from the atmosphere — either via reforestation, soil carbon sequestration, or technological advancements enabling direct capture of carbon from the atmosphere. 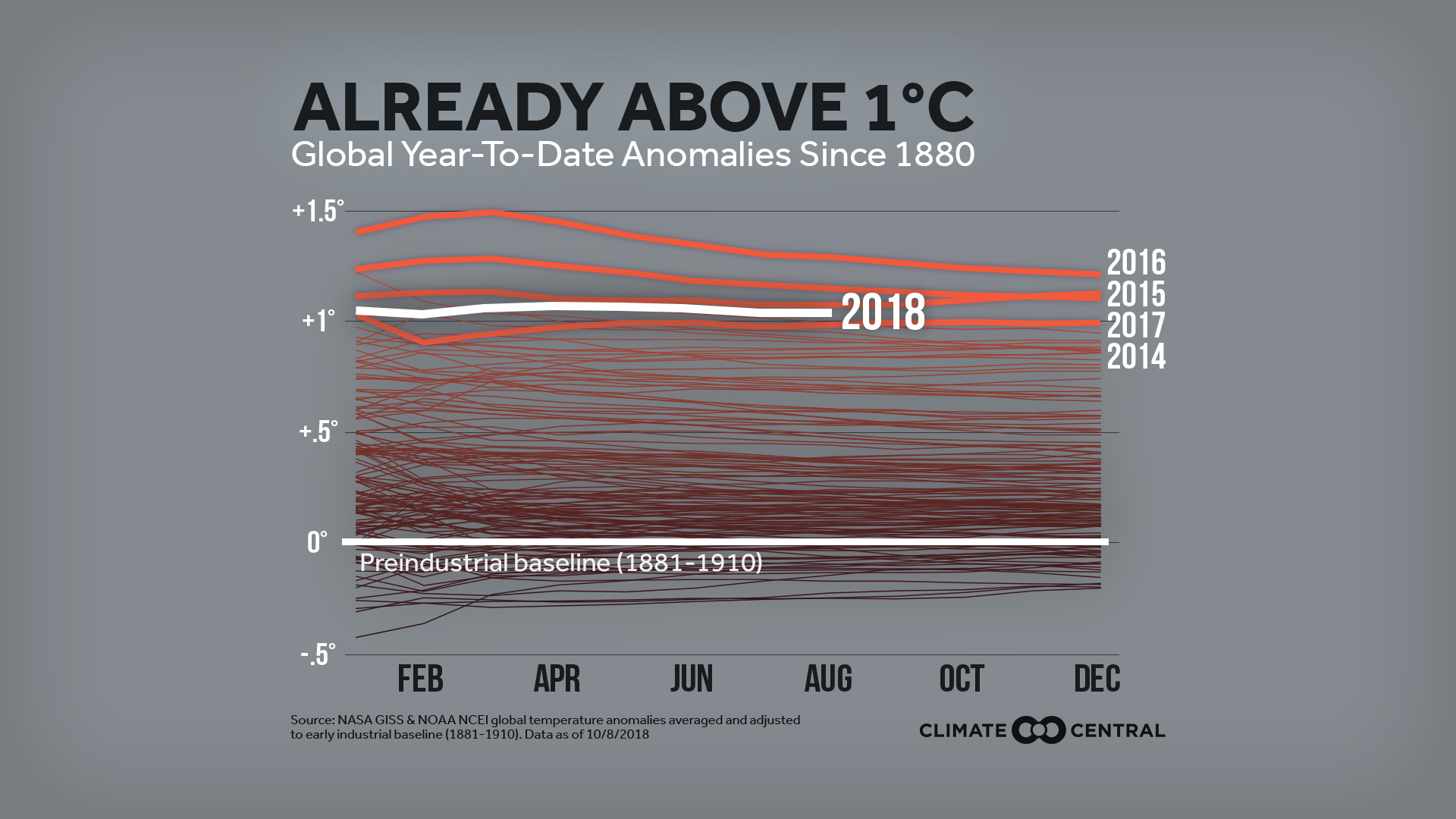 Even limiting warming to 1.5°C comes with higher risks from extreme heat, drought, and heavy precipitation. This harms agriculture, food and water supplies, human health, and the oceans. Optimum agricultural belts will shift, water supplies will be at additional risk, and disease-carrying insects will move into new areas. Additionally, an extra half-degree Celsius (about 1°F) from 1.5°C to 2°C would magnify impacts:

With current technologies in place, drastic changes still make the goal of limiting warming to 1.5°C possible, but the window is rapidly closing to meet that goal.