Arctic air begins to race across the relatively milder water of the Great Lakes every fall, generating lake effect snow. These snowfalls can be intense, but are often localized. Several inches of snow can fall a few miles away from a place that only gets flurries. As the planet has warmed from the increase in greenhouse gases, so have the lakes, meaning more evaporation into the atmosphere during the winter. Paradoxically, this had led to an increase in lake effect snow, but that trend is not expected to last.

A recent study used a regional climate model to investigate these changes in lake effect snow if our current rate of greenhouse gas emissions continues. By mid-century, the amount of seasonal lake effect snow is projected to increase modestly, as the Great Lakes will remain ice-free longer into the winter. However, as the air warms, the amount of snow during the transitional seasons of late fall and early spring is expected to decrease, with more of the precipitation falling as rain.

By late century, the frequency of extreme cold over the Great Lakes is expected to decrease substantially. Similarly, lake temperatures are projected to increase further. This warming environment implies an increase in rain at the expense of snow during the winter.  The largest decrease in snow comes during November, as temperatures in this early part of the season will be higher, also suggesting a later onset of the lake effect snow season. 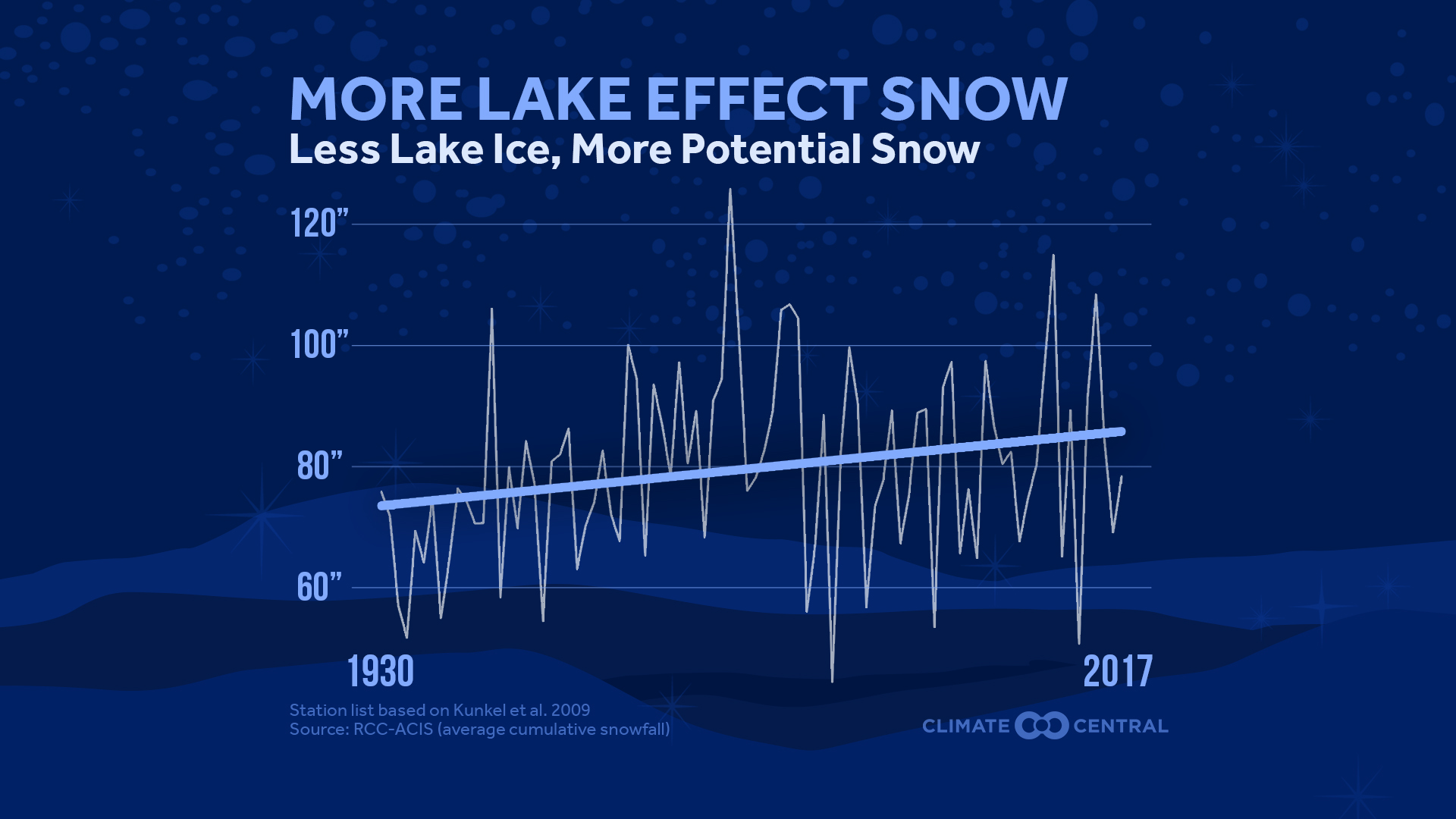 Lake effect snow will still occur in a warming world, but by the late 21st century, we can expect a shortened lake effect snow season. Rather than peaking in fall and early winter, heavy lake effect snow would be pushed back later in the season, generally from January through March.