Inland Flooding Threat to Increase by 2050

Inland flooding, or the flooding of streams, creeks and rivers, is related to water runoff and depends on many factors in addition to rainfall amounts. Soil saturation, topography, land use and the placement of levees and dams all play a role in how water runs off into bodies of water.

The recent flooding in the Gulf Coast states highlights the increasing threats from heavy precipitation with climate change. Our States at Risk report examined the intensity and duration of the heaviest runoff events for each state. To determine the future inland flood threat, the report examined the frequency of high water runoff that could lead to flooding threats both currently and in the future.

In this week's analysis, we examine both the state and national projected trends for heavy runoff. Our Flooding Severity Index is used to quantify the runoff. This index is the average yearly sum of the daily total runoff which exceeds the 95th percentile of a 1990-2010 baseline. Using this index incorporates both intensity and duration of the runoff in each state (a full methodology can be found in the States at Risk report).

For each state, we feature those values in 2000 and the projections for 2030 and 2050. Nationally, we show the changes from 2000 to 2050. Of the 48 contiguous states analyzed, 42 face increased heavy runoff by 2050. The northeastern states have some of the largest increases in projected runoff over the next few decades. Even though factors other than heavy rainfall are involved in inland flooding, this finding is consistent with observations from the National Climate Assessment, indicating that incidents of heavy precipitation in the Northeast have already increased 71 percent from 1958 to 2012.

Runoff is only part of the threat equation. How many people live in harm’s way is the other part. In our States At Risk report, we also examine the number of people already at risk by correlating the runoff data to the population living in the FEMA 100-year floodplain. Two states, Florida and California, each have more than 1 million people at risk for inland flooding. 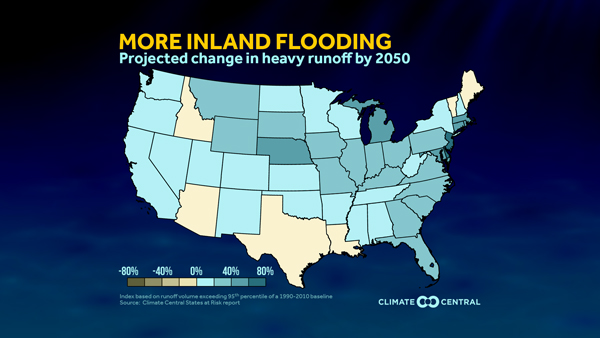 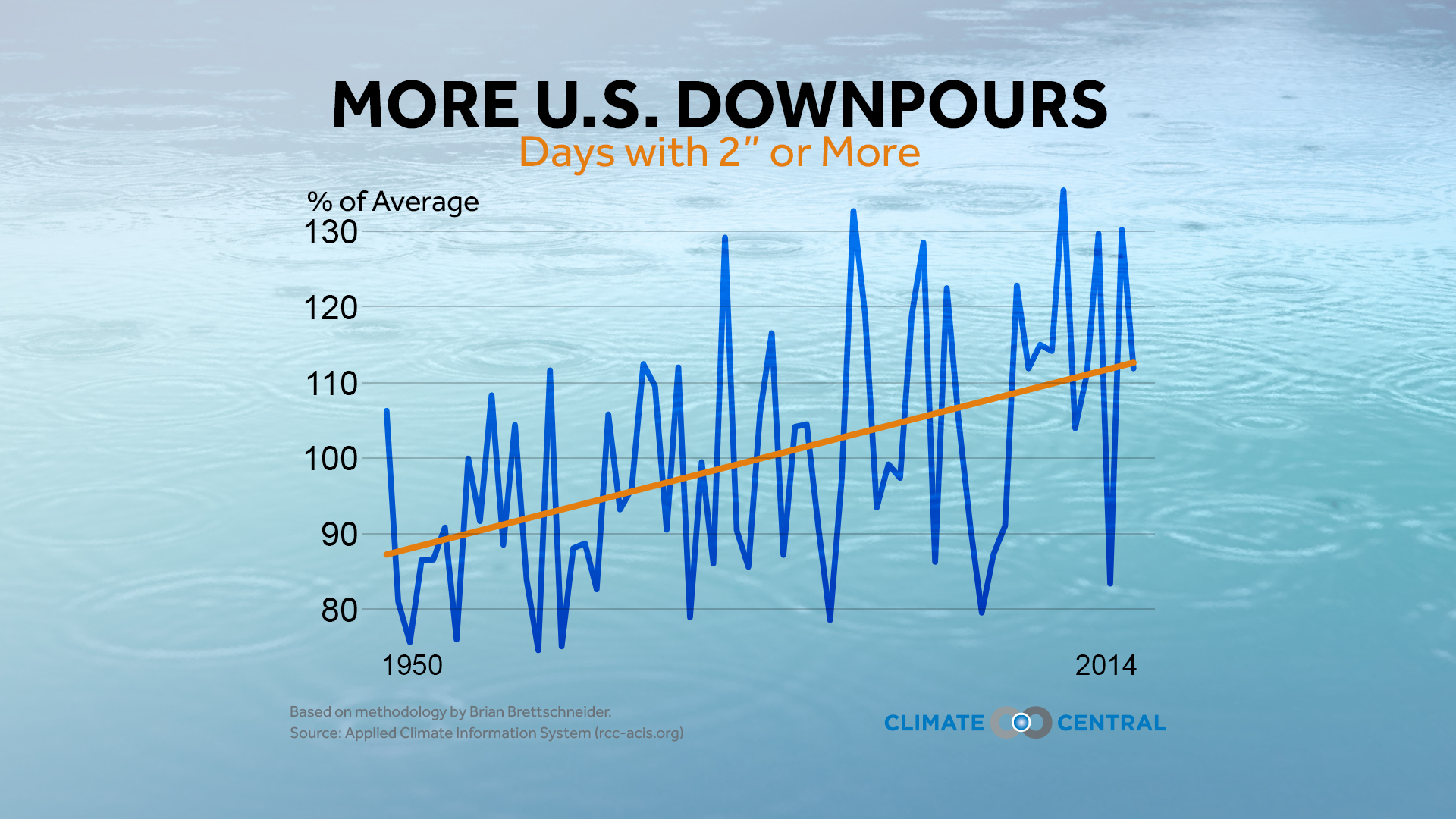