Danger for Sports: Days with a 90°F+ heat index

Outdoor sports are profoundly affected by heat—the leading cause of death or disability among high school athletes. Of course, extreme heat affects all levels of sports, from youth and amateur leagues to the collegiate and professional levels. 64 football players have died from heat since 1995, and tennis players have collapsed from triple-digit temperatures at recent Australian and U.S. Open tournaments. And this summer, the New York City Triathlon and other events were cancelled due to dangerous heat. The threat spikes at high levels of heat and relative humidity—the two variables that are used to determine the National Weather Service’s heat index. A new Climate Central report finds an increase in days with a dangerous heat index, heightening health risks for outdoor activities.

The report used gridMET temperature and humidity data to examine the annual number of days with an extreme heat index, which “feels like” 90°F or above. Since 1979 (when the dataset began), that annual number has trended upward in 83% of the 239 contiguous U.S. cities analyzed. McAllen, Texas has observed the highest increase with 32 days, followed by Baton Rouge and New Orleans, Louisiana (24 days). The top 18 cities are all in the Southeast, where high heat and humidity are growing threats. 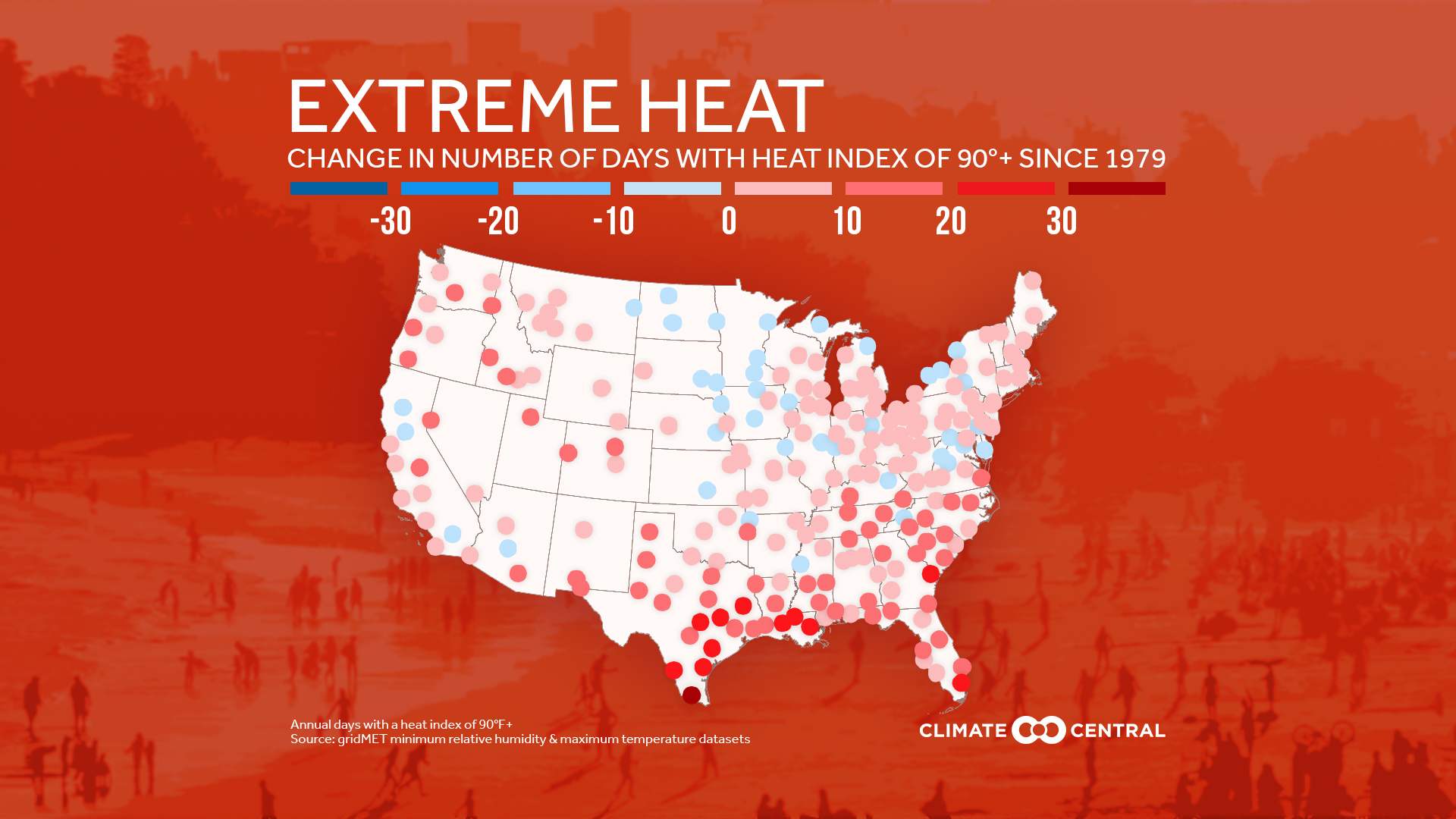 Many locations are also experiencing more “danger days”—defined by the NWS as a heat index at 105°F or higher—which make “heat cramps or heat exhaustion likely, and heat stroke possible.” This index can trigger Excessive Heat Warnings from the NWS, though criteria depend on a region’s typical heat. While danger days are rare, they are trending upward in 106 of the cities analyzed. Eleven southern locations have recorded an increase of four or more annual danger days since 1979, led by McAllen and three other Texas cities. 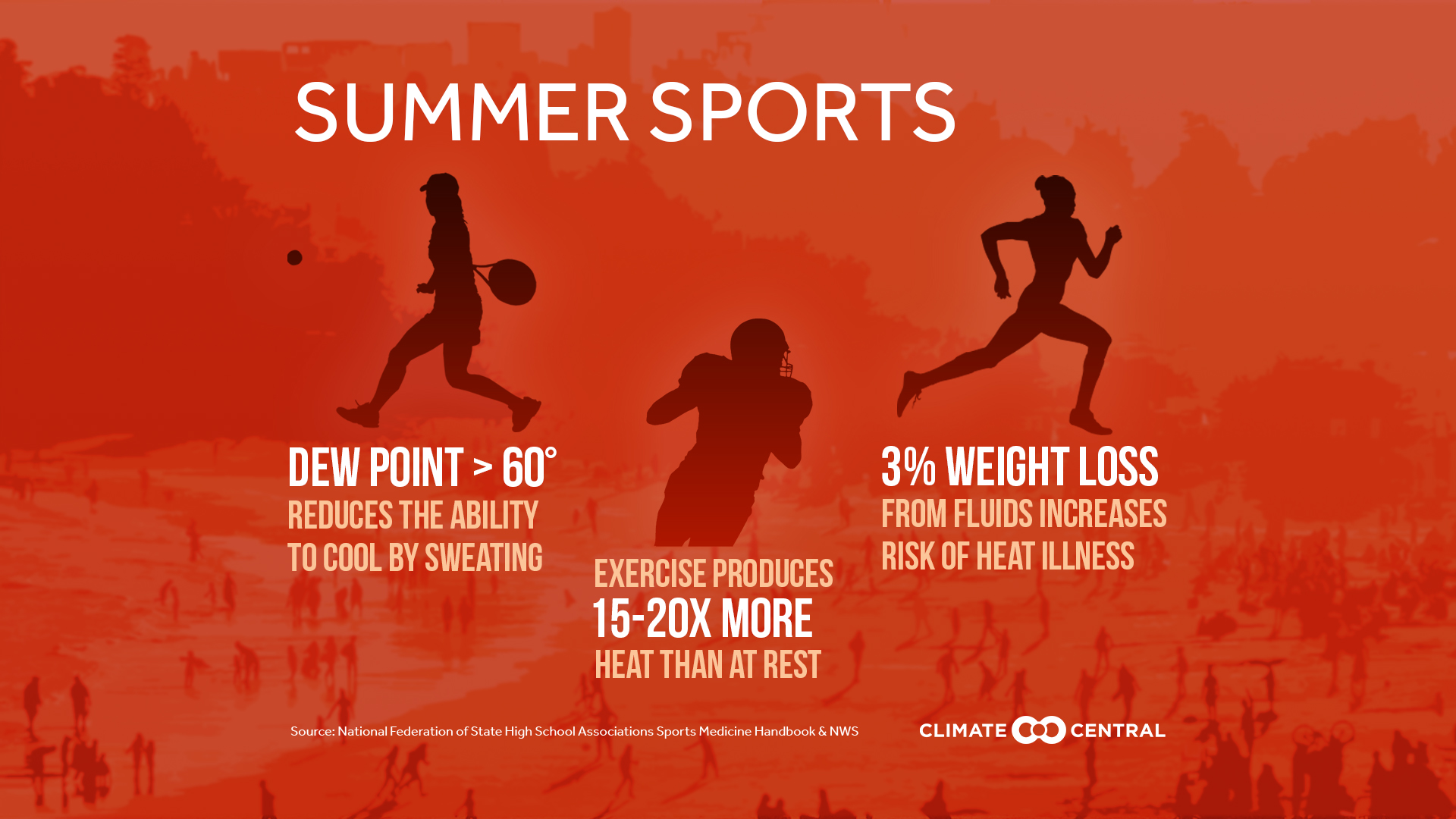 Heat-driven health issues are projected to worsen—especially if human-caused climate change continues unabated. According to a 2016 Climate Central report, many of Florida’s cities could suffer more than 100 danger days per year by 2050. Nationwide, these danger days could triple by 2050 without climate action, per an extensive report by the Union of Concerned Scientists. To limit heat illnesses in sports, the National Athletic Trainers’ Association offers handouts and recommendations, from mandating rest breaks to educating coaches and identifying vulnerable individuals. The Korey Stringer Institute is actively researching and advancing this issue as well. 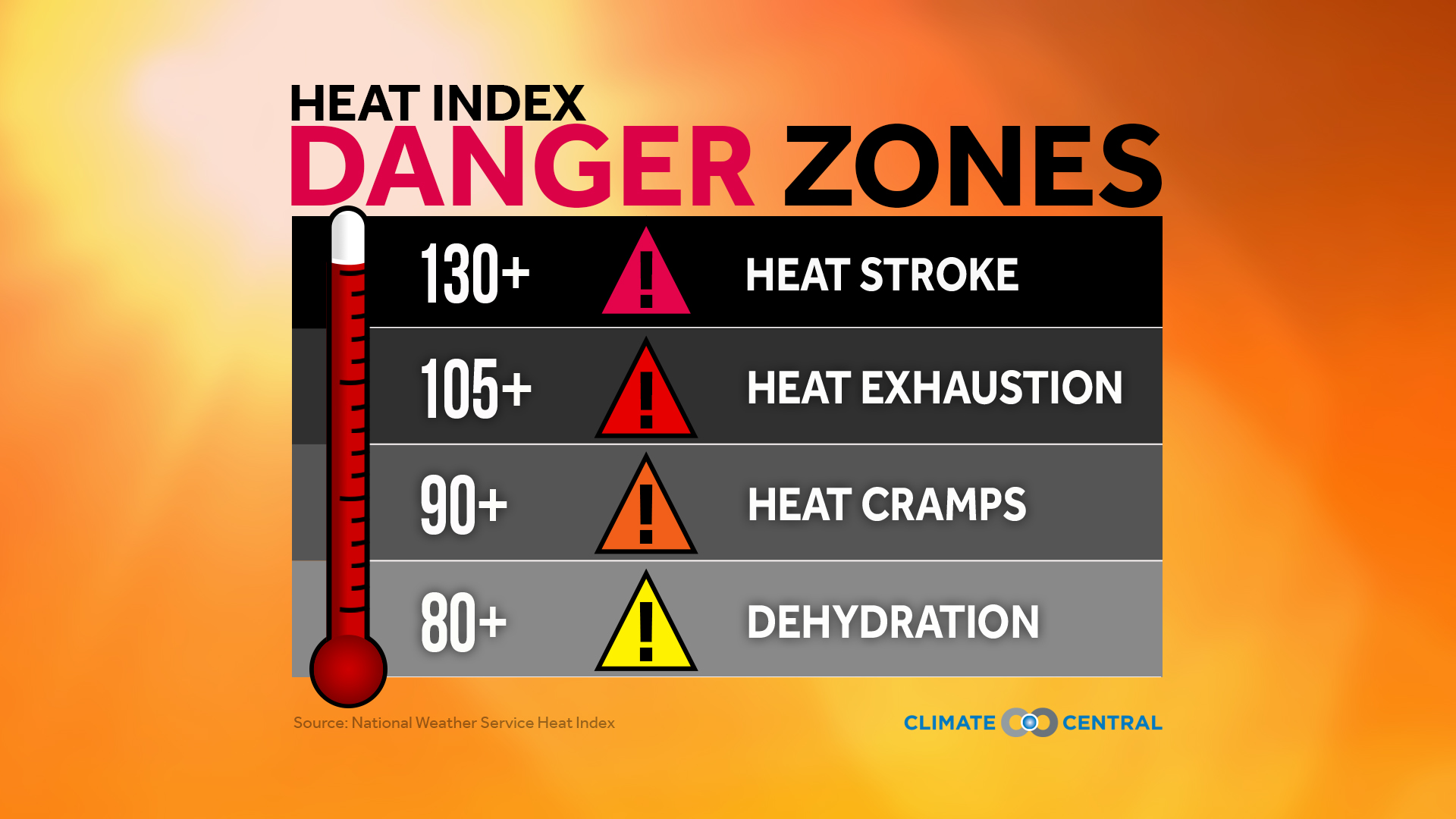 METHODOLOGY: The daily maximum temperature and minimum relative humidity was assessed from 1979 to 2018 at Climate Central’s 239 contiguous U.S. stations, using the gridMET modeled dataset and based on the findings of Dahl, et al. 2019. Heat index temperatures were calculated using the National Weather Service heat index algorithms. The change in the number of 90°F+ and 105°F+ days are based on linear regression. Local graphics were not produced for Eureka and Monterey, California or Flagstaff, Arizona due to a lack of daily heat indices of 90°F or above during the study period.