Sea ice in the Arctic Ocean is going to hit its annual minimum any day now, and it’s likely to be declared the second smallest summer minimum on record. Arctic sea ice melts during the spring and summer and refreezes in the fall and winter, creating natural patterns in sea ice extent that reach a minimum every September and a maximum in February or March. 2016 set a record low maximum this past March, which was followed by steep rates of melting, setting 2016 up early for a smaller than average minimum.

Smaller sea ice extents in the Arctic are caused by many factors. Even though individual years can vary greatly due to weather conditions, the melt season is lengthening, in part because the minimum is trending later in September. As more ice melts, more ocean becomes exposed, and open water absorbs more heat, whereas ice reflects the sun’s rays. This causes Arctic temperatures to rise, feeding a loop that causes even greater amounts of ice to melt. This feedback is the main reason temperatures in the Arctic are increasing twice as fast as global temperatures.

In addition, Arctic sea ice has been getting thinner, making it more vulnerable to melt. In fact, only 3 percent of the total ice cover is made up of ice that is five years old or older, with first year ice accounting for up to 70 percent of of the total ice cover. While the Arctic is not going to be ice free (less than 15 percent ice concentration) next summer, many scientists are estimating that it will be in the next 20-30 years. 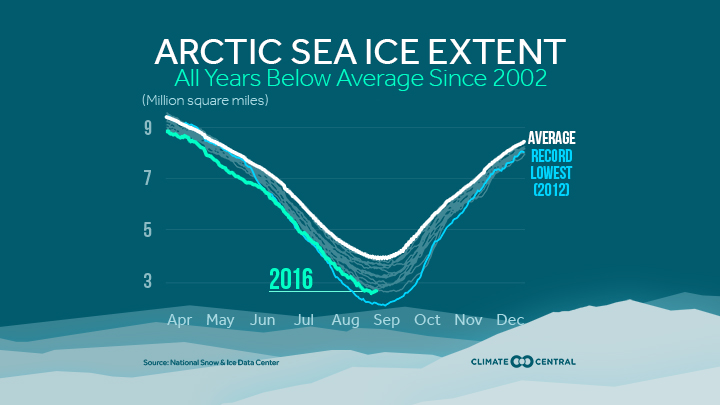 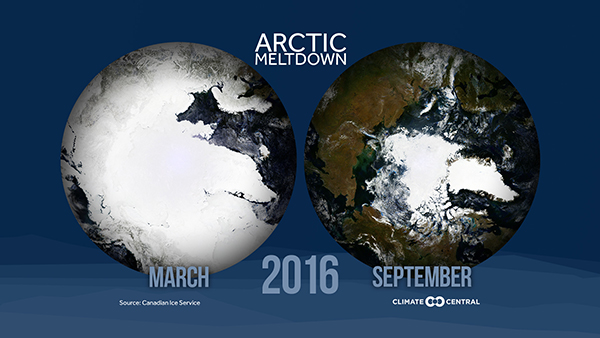