The Importance of Risk Perception for Effective Climate Change Communication

Last week, the climate change negotiators in Cancun lowered their sights and, to avoid another Copenhagen, set aside the thorniest challenge — establishing hard levels and timetables for greenhouse gas emissions reductions. That made room for agreement on how to move forward, which includes this important phrase: 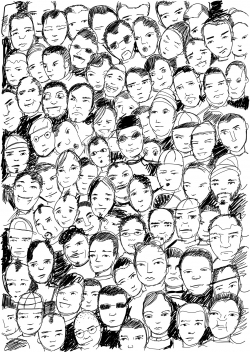 How do we encourage all the disbelievers and people who don't really feel threatened by climate change to do (and pay for) the things we need to do to respond to the changes that are already underway?

“[Climate change] Adaptation must be addressed with the same priority as mitigation and requires appropriate institutional arrangements to enhance adaptation action and support.” The agreement includes pages of details on how to advance adaptation needs.

But as with so many of these global organizing efforts on climate change, the details on adaptation fail to recognize the huge underlying problem that has in fact blocked progress on all aspects of this issue. The difficulty is less a matter of figuring out solutions, and more a matter of developing support from a public (in many parts of the developed world) that either doesn’t believe human-induced climate change is real, or doesn’t feel particularly threatened by it. How do we encourage all those people to do (and pay for) the things we need to do to respond to the changes that are already underway?

In an earlier post I suggested that better risk communication based on the facts alone won’t be adequate. Years of research from a variety of sciences have given us sharp insight into the affective elements that shape our perceptions of the facts. We know a lot about why risks feel the way they do, the facts notwithstanding. We can look to those insights into risk perception to understand and respect how and why people feel the way they do about climate change, and encourage support for adaptation by respecting these affective perspectives rather than just trying to force-feed people the facts. 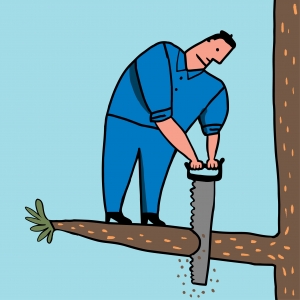 Studies show we worry less about risks that we don’t think can really happen to us.

Risk is subjective. It’s not just a matter of the facts, but how those facts feel. Climate change is a perfect example. The same facts lead to widely different interpretations and opinions. To build more constructive working relationships around proposals for climate change adaptation, you have to respect what shapes those interpretations. You have to know not just how people feel, but why.

There are two large groups of people who may not be ready to support adaptation to climate change; what I’d call the “doubters/deniers”, and the “ho hummers” — folks who believe climate change is real and already happening, but aren’t concerned enough to do much about it. There are unique aspects of risk perception psychology that explain the feelings of each group.

The ho hummers: A majority (albeit fluctuating) believes climate change is real, but when you ask those people how much they’re willing to spend, or do, about it, broad support turns thin. Why?

How do we apply these insights to the challenge of encouraging public support for adaptation? Remember, the ho hummers generally believe climate change is real, so whether they are ready to do, or pay for, adaptive sorts of things will depend in part on how much they care. So communicators of climate information need to do the following things on a case-by-case basis, provided it is consistent with scientific evidence: 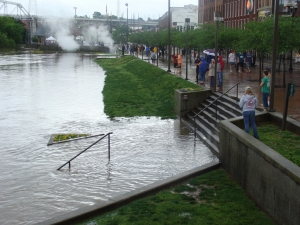 We can help make climate change relvant to more people by making it local. Nashville's flood earlier this year, pictured above, is an example of local impacts of a changing global climate . Credit: tandemracer, Flickr

Now let’s consider the doubters/deniers. It may be anathema to climate change believers, but creating a positive working relationship around adaptation means accepting someone’s denial of human-caused climate change, and framing adaptive actions in ways that appeal to other values. The visceral, polarized believer-doubter/denier“debate” over climate change is informed not by the scientific facts and who is right — though that’s how the issue is set up — but by our deep-seated motivation to adopt positions that agree with the people with whom we share general views on how society should be organized. This is the theory of cultural cognition, the work of Dan Kahan and Anthony Leiserowitz at Yale and many others.

As noted earlier, there are a lot of reasons besides adapting to climate change why communities would want to reduce energy use, reduce the impact of flooding, protect local residents from extreme temperatures, and on and on. Unlike mitigation, which requires an acceptance that human behavior is the problem and what needs to change, adaptation only requires that we look at what’s happening, and consider reasonable predictions of what is likely to happen, and find ways to protect ourselves. We all do this, as individuals, and as communities, for all sorts of risks, all the time. What I’m suggesting is not dissimilar from the Cancun talks… move from battleground topics to areas where you can find common ground.

In all of this, trust is vital. That depends on honesty, and not over-emphasizing unlikely worst-case scenarios, and admitting uncertainties. It comes from sharing control of decision making, and from listening and understanding as much as talking to try to make yourself be understood. And most of all, it comes from respecting the underlying emotional perspectives that shape everyone’s feelings about climate change, whether we’re devout believers or ho hummers or deniers. The physical sciences of climate change can tell us a lot. The psychology of risk perception can help us use what we know to develop a constructive response.