According to Interior Secretary Ken Salazar, off-shore oil exploration in Alaska could be imminent.

According to the New York Times, Salazar indicated that Shell would most likely get to start off-shore exploration near Alaska’s North Slope this summer, once they jump a few more hurdles. “If Shell meets our standards and passes our inspections, exploration activities will be conducted under the closest oversight and most rigorous safety standards ever implemented in the history of the United States,” Salazar told the Associated Press. According to the Los Angeles Times, if Shell does start drilling, it will be the first time offshore drilling has occurred in the Arctic in nearly 20 years. 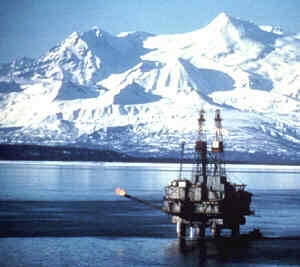 In 2008, Shell purchased the right to drill in the Chukchi Sea and Beaufort Sea off of the coast of Alaska. Numerous lawsuits and permit appeals later, Shell has yet to drill.

In addition to Shell’s exploration, the New York Times said that within the week, the Interior Department will also release an offshore leasing plan for the next five years that will allow for more Arctic oil and gas exploration and drilling. However, these new leases will only go on sale in 2016 and 2017.

The Los Angeles Times reported that in the four years before these leases in the Chukchi and Beaufort Seas become available, there will be additional scientific study and analysis. The Interior Department said that this analysis would ensure that the places made available for exploration and drilling will be areas that have a lot of oil but not areas on which Native Alaskans depend or where wildlife will be at risk. Salazar is calling this strategy “targeted leasing.”

The Pew Environment Group’s U.S. Arctic program manager, Eleanor Huffines, told the Los Angeles Times, “It’s very encouraging that they recognize there are areas in the Arctic Ocean that are too important to drill.”